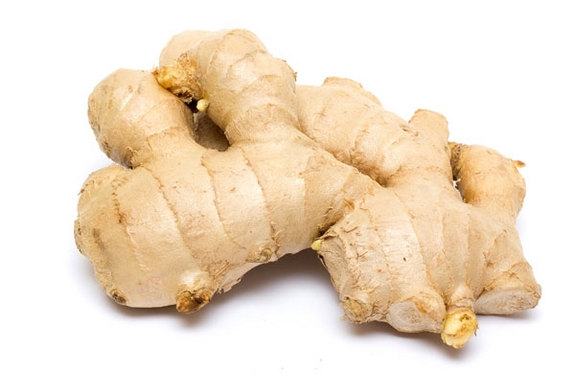 Ginger is an herb that is most popularly used as a spice and also for its therapeutic qualities. The underground stem (rhizome) can be used fresh, powdered, dried, or as an oil or juice. Ginger is widely used around the world for treating low appetite, nausea, vomiting, flatulence, upsetstomach, colic, and morning and motion sickness. It helps some people with the symptoms of upper respiratory tract infection, bronchitis, cough, menstrual cramps, and arthritis and muscle pain. Ginger juice is applied to the skin to treat burns in some parts of the world. It is also used as a flavoring agent and for fragrance in soaps and cosmetics. It also contains a chemical that is used as an ingredient in antacid, laxative and anti-gas medications.

May studies have been conducted and they have found some fascinating and promising properties of ginger. A University of Michigan Medical School study found that Ginger Root Supplement administered to volunteer participants reduced inflammation markers in the colon within a month.AUniversity of Georgia study involving 74 volunteers found that daily ginger supplementation reduced exercise-induced muscle pain by 25%. A PhaseII/III study carried out at the University of Rochester Medical Center found that Ginger supplements administered alongside anti-vomiting medications can reduce chemotherapy-induced nausea symptoms by 40%. A study found that when ovarian cancer cells were exposed to a solution of ginger powder it resulted in their death in every single test.