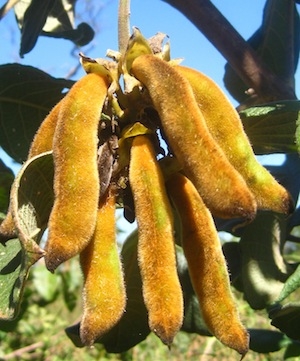 What is Mucuna Pruriens?

Mucuna Pruriens, also known as velvet beans in the west and kaunch seeds in the Indian subcontinent is an herb that has traditionally been best known for its aphrodisiac qualities. In recent times extensive research has shown many other benefits related to its use, the most intriguing one being its ability to help in the treatment of Parkinson’s disease. Parkinson’s disease is caused by a deficiency of the neurotransmitter dopamine and is conventionally treated by pharmaceutical drugs such as Levodopa and Carbidopa, which help the body produce more dopamine.Mucuna contains 40mg/g of L-DOPA which is a compound that is a direct precursor to the neurotransmitter dopamine. L-DOPA from mucuna has been shown to be safer and more effective for controlling Parkinson’s disease than the pharmaceutical drugs Levodopa and Carbidopa. This is because other chemical constituents that accompany L-DOPA in the unprocessed plant also play a role in its ability to manage Parkinson’s disease.

Mucuna’s dopamine raising capability is also useful for several other things. Dopamine is the best natural hgh releaser (human growth hormone) and highnatural hghlevels throughout life are considered a major factor for human longevity. Dopamine also increases testosterone which is a hormone that is associated with increasing libido, fertility, lean muscle mass and with boosting overall energy levels.

Acne Treatment – How To Take Care Of

Acne Treatment - How To Take Care Of