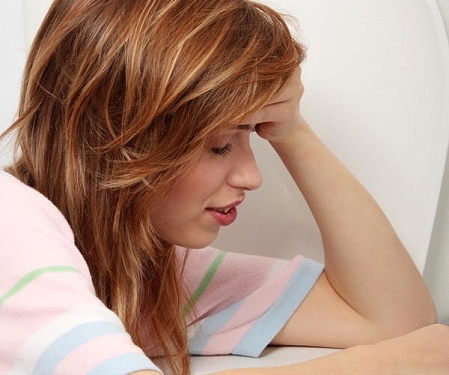 What Is Cyclic Vomiting Syndrome ?

The condition is marked by the attacks of intense vomiting, for no obvious reason. These episodes can persist for hours or even days, whilst alternate by relatively signs-free period of time. In addition to this, every episode tends to be similar to the earlier ones. This means that these attacks occur at the same time, continues for the same duration with the same intensity and symptoms each time.

Children were once being considered the only victims of cyclic vomiting syndrome, but not today. It appears to affect anyone, regardless of his or her age. The condition can be associated to migraines. The intensity of attacks can make an individual stay in bed for days.
Vomiting being an indication of innumerable conditions; makes the syndrome hard to detect. As far as the treatment is concerned, it aims to ease signs, while changes in lifestyle can help avert the events that may instigate the episodes of vomiting. To reduce the intensity of symptoms, drugs such as anti-nausea can help.

What Are The Symptoms Of Cyclic Vomiting Syndrome ?

Common signs of cyclic vomiting syndrome are as follow:

Other indications during the attack are:

Often, the gaps in between the attacks are sign-free. Though, few may feel nauseous between the episodes. In addition to this, limb or abdominal pain can also be felt during the intervals. Persistent vomiting can lead to serious dehydration, which is indeed, a matter of concern.

The precise trigger of cyclic vomiting syndrome tends to remain a mystery. Though the episodes of vomiting can be instigated by:

It is important to figure out the right cause of attacks, this will help control cyclic vomiting syndrome.

What Are The Complications Of Cyclic Vomiting Syndrome ?

Cyclic vomiting syndrome can lead to the following complications:

How Is Cyclic Vomiting Syndrome Diagnosis ?

As mentioned earlier, detecting cyclic vomiting syndrome can be a complex task, as vomiting tends to be a common symptom for innumerable diseases and conditions. There are no particular tests that can help diagnose the condition precisely.

The health care provider will carry out a thorough physical evaluation and will need medical history of the patient. After which, following can be suggested:

How Is Cyclic Vomiting Syndrome Treatment ?

Unfortunately, cyclic vomiting syndrome is incurable, though treatment aims to manage the signs and control their intensity. For the purpose, following can be recommended: