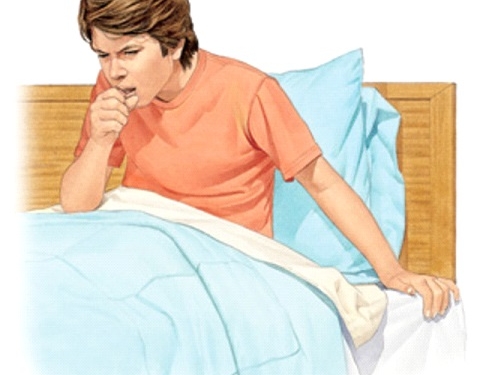 What Is Whooping Cough ?

It is an extremely infectious respiratory tract infection. Also known as pertussis, the condition is characterized by an intense hacking cough that is often followed by a ‘whoop’ sound of breath.
In addition to this, whooping cough was once assumed to be a childhood illness, prior the development of its vaccine. As of today, it mainly targets children young enough to receive their complete course of vaccinations. Besides, adults and teenagers can also become affected by whooping cough, those with faded immunity against the disease.

Quite rarely the disease leads to deaths, whereas infants tend to be the common victims. Therefore, for its prevention, it is important to get yourself, and your child vaccinated.

What Are The Symptoms Of Whooping Cough ?

After being infected, the symptoms take around a week or so to emerge. In few cases, these may take even longer to appear. Often being mild in the initial days, the indications associated with whooping cough may mimic the ones of cold:

After 7-14 days, the signs tend to turn worse. In addition, thick mucus builds up inside the airways, sourcing uncontrollable coughing. Moreover, prolonged and intense bouts of cough can cause:

Often, the cough associated with whooping cough ends with a ‘whoop’ sound of breath. Though, not necessarily the sound may occur as in few cases, the mere symptom of whooping cough is a continuous hacking cough.

In addition to this, infants with the infection do not cough, instead try harder to breathe. Few infants can even stop to breathe temporarily.

It is triggered by bacteria. More specifically, when an infection person sneezes or coughs, minute droplets of germ-laden tend to spread into the environment. The bacteria can then manage to reach the lungs of an otherwise healthy individual through breathing. Being contagious, the infection can easily spread to a nearby person.

How Is Whooping Cough Diagnosed ?

It can be a complex task to detect whooping cough in the initial stages. Reason being, its signs mimics the ones of some other respiratory diseases, for example bronchitis, flu etc. For some health care providers, the sound of cough and indications are enough to diagnose the infection. Though, he or she can suggest the following medical tests to confirm it:

How Is Whooping Cough Treated ?

The infection can turn serious for infants. Therefore, for its treatment, infants need to be hospitalized. In case the child is facing difficulty to swallow food or liquids, then IV fluids can be an option. In addition to this, isolating the child from others is very important; this will help in preventing the spread of infection.

Adults and older children may not need to be hospitalized.  For them, the doctor can prescribe antibiotics that can counter the responsible bacteria whilst help in pacing the recovery.