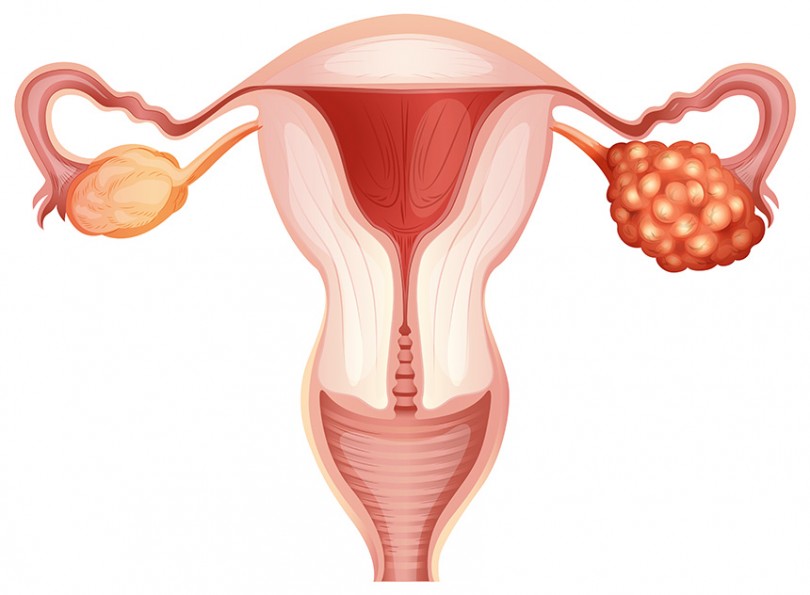 What is Ovarian Cancer?

Ovarian cancer is a type of cancer that begins in the ovaries. It results in abnormal cells that have the ability to invade or spread to other parts of the body.

Ovarian cancer often goes undetected until it has spread within the pelvis and abdomen. In such a late stage, ovarian cancer is more difficult to treat and is frequently fatal.

Early-stage ovarian cancer, in which the disease is confined to the ovary, is more likely to be treated successfully.

Ovarian cancer can be subdivided into the following types:

The underlying cause of ovarian cancer is yet unknown,

However, certain factors are known to increase the risk of developing ovarian cancer. These may include:

Early stage of ovarian cancer doe not exhibit any sign or symptoms and therefore is difficult to detect.

The following symptoms are seen in later stages of ovarian cancer:

The following tests and exams confirm the diagnosis of ovarian cancer:

This includes the following steps:

Treatment targeted against ovarian cancer is a combination of chemotherapy and surgery.

Treatment generally involves removing both of the ovaries, the fallopian tubes, and the uterus as well as nearby lymph nodes and a fold of fatty abdominal tissue (omentum) where ovarian cancer often spreads.

After surgery, chemotherapy is used to kill any remaining cancer cells.