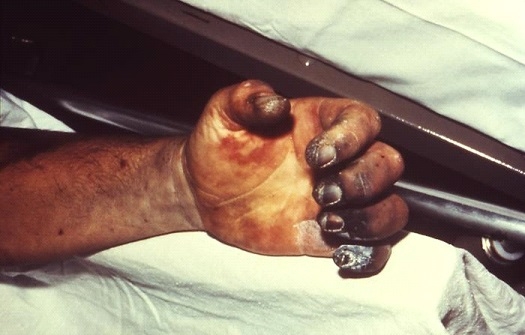 It is a life-threatening bacterial infection, known to spread by fleas. Normally referred to as “black death” the plague was nothing less than an abattoir of sorts. With the spread of it starting in Europe during the start of 1347, the plague was considered to be incessant, but after years of wrecking havoc, the plague ended in Europe probably during the year 1353. With a plethora of disadvantages and a huge number of deaths, totaling into the millions, it can safely be said that the plague was the deadliest of all diseases to attack the world.

As of today, it occurs in less than some thousands of individuals every year, throughout the world. As mentioned earlier, plague is deadly, in case no prompt actions are taken for its treatment. Organism responsible for causing the disease spreads in people, who handle animals that are infected. Moreover, an individual can also contract plague in case he or she has been bitten by a flea that has fed on some infected rodent.

What Are The Symptoms Of Plague?

The disease is categorized into three types, depending upon the body part that is affected. These are:

As mentioned earlier, it is a bacterial infection, triggered by Yersinia pestis. The bacteria spread through fleas. In case a flea feds on an animal that is infected and later bites an otherwise healthy person, then this can cause the transmission of bacteria to the human body. Infected animals can include the following:

How Is Plague Diagnosed?

In case the doctor doubts plague on the basis of the symptoms, then he will possibly check for the responsible bacteria, in the samples derived from the lungs, blood or buboes.

How Is Plague Treated?

After the doctor doubts the patient being infected with plague, he/she will advice the patient to be admitted in a hospital where the patient will receive powerful dosages of antibiotics.