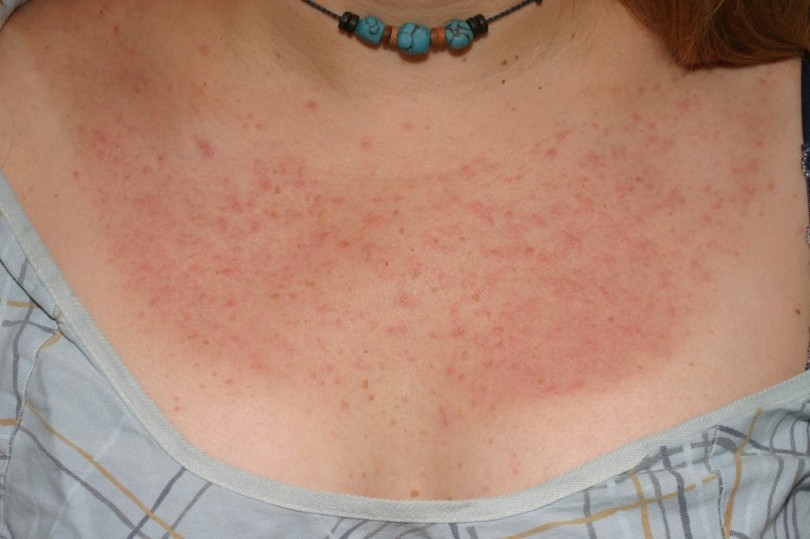 What Is Polymorphous Light Eruption ?

The disorder is marked by an itchy rash that occurs in response to sun exposure, in individuals with photosensitivity (a condition wherein someone develops sensitivity to sun). Often, the rash associated with polymorphous light eruption emerges as small, red bumps. Though, some may develop raised skin patches.

Usually, the condition arises during the early summer and spring, a time when the chances of sunlight exposure are more. Rarely, the episodes recur with the progression of summer, though; it does recur after every year of first occurrence.

Often, polymorphous light eruption resolves on its own, and thus needs no treatment; however drugs can be prescribed for treating intense or continuous cases. Recurrent episodes of the skin condition can be prevented by the following:

What Are The Symptoms Of Polymorphous Light Eruption ?

Often, the rash emerges within some minutes to hours after the sun exposure. At times, it may even take days. Generally, the rash occurs on the body areas that are covered in winter, however exposed to sunlight in summer. For example arms, front of your neck and upper chest.  Following are the characteristics of rash associated with polymorphous light eruption:

Sometimes, people may complaint some additional symptoms for example:

The aforementioned symptoms may consequent due to an associated sunburn, instead of polymorphous light eruption.

The precise cause of the condition is yet to be known. Though rash occurs in individuals those with sensitivity to Ultraviolet rays, either received from artificial sources or natural sources, for example tanning lamps or beds, or sun. More specifically, the sensitivity is known as photosensitivity.

What Are The Risk Factors Of Polymorphous Light Eruption ?

Even though, anyone can develop the condition, though there are certain factors linked with the increased chances of developing polymorphous light eruption, these are:

How Is Polymorphous Light Eruption Diagnosed ?

The doctor will possibly detect polymorphous light eruption on the grounds of a:

In addition to this, the doctor can suggest lab tests to verify the diagnosis.

How Is Polymorphous Light Eruption Treated ?

Treatment is not necessary unless the condition is intense or recurring. Usually, rash associated with polymorphous light eruption clears on its own, and thus needs no medical treatment. Though, it is important to avoid further sun exposure.

Though, in case the doctor feels the need of treatment, he or she can suggest:

Moreover, the doctor can recommend the option of light therapy, to avert the seasonal occurrence of rash.