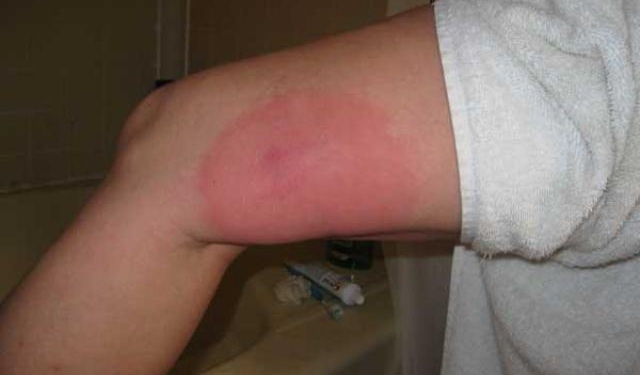 What Are Scorpion Stings ?

Even though, being painful, scorpion stings are generally harmless. Out of the fifteen hundred species of scorpion, approximately thirty species are known to cause fatal stings. In addition to this, scorpion stings can turn out to be serious in:

Normally, healthy adults needs to medical aid in case of being stung by the scorpion, however it is better to consult a doctor for better assistance.

What Are The Symptoms Of Scorpion Stings ?

Many scorpion stings trigger minor indications for example warmth and pain at the site of stung.

Moreover, mild symptoms can include the following:

More intense symptoms of scorpion stings can include the following:

Clearly, an average scorpion tends to be around 7.6 cm long. Though, various species of scorpion can be longer or smaller. The sea animal is arthropods, which makes it a relative of crustaceans, spiders and insects. It has 2 pinchers like a crab, and has eight legs. Instead of biting, the scorpion stings, through the stinger present in its tail. It is a nocturnal creature.

The scorpion merely stings in case of being attacked or provoked. For some, the sting may source serious signs, whereas mostly, healthy adults develop minor signs that resolve without the need of medical aid.

What Are The Complications Of Scorpion Stings ?

Just like the insect stings, for example wasps and bees, one can develop an allergic reaction in response to a sting of scorpion, at times. At times, the reaction is intense enough to risk your life, anaphylaxis. Anaphylaxis is a serious form of allergic reaction that affects several organs of the body. In case of anaphylaxis, the patient should be immediately taken to the nearby hospital.

How Is Scorpion Stings Diagnosed ?

Often, the signs and history of the patient are two enough factors for the diagnosis of scorpion stings. In case the patient has developed intense signs, then the doctor can suggest

How Is Scorpion Stings Treatment ?

As mentioned earlier, majority cases of scorpion stings do not require treatment. Though, in case the signs are intense, then supportive care is needed in a hospital. Besides bed rest, the treatment may include:

In case of being stung by a scorpion, it is always advice to consult a health care provider, no matter if you have developed minor signs.