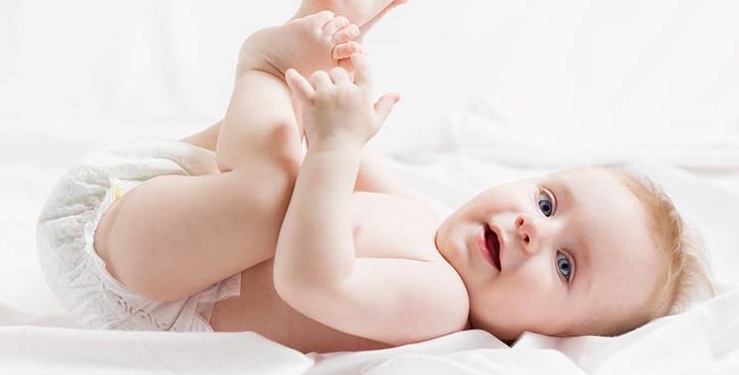 What is a Diaper Rash?

Diaper rash is a generic term applied to skin rashes in the diaper area that are caused by various skin disorders and/or irritants.

It is characterized by joined patches of erythema and scaling mainly seen on the convex surfaces, with the skin folds spared.

Diaper rash with secondary bacterial or fungal involvement tends to spread to concave surfaces (i.e. skin folds), as well as convex surfaces, and often exhibits a central red, beefy erythema with satellite pustules around the border.

Despite the word “diaper” in the name, the dermatitis is not due to the diaper itself, but to the materials trapped by the diaper (usually feces).

Diaper rash can be caused by anything from a new food to the child’s own urine.

Some likely causes include:

Prolonged exposure to urine or stool can irritate a baby’s sensitive skin.

Tight fitting diapers or clothing that rubs against the skin can lead to a rash.

These rashes can be found within the creases of the skin, and there may be red dots scattered around the creases.

The content of the baby’s stool changes as he starts to intake solid food. This increases the likelihood of diaper rash.

Babies with skin conditions, such as atopic dermatitis or seborrhea dermatitis (eczema), may be more likely to develop diaper rash.

Diaper rash is known to exhibit the following symptoms:

Diaper rash is marked by red, tender-looking skin in the diaper region — buttocks, thighs and genitals.

One might notice that the affected baby seems more uncomfortable than usual, especially during diaper changes. A baby with a diaper rash often fusses or cries when the diaper area is washed or touched.

Diagnosis is typically based on a history and physical examination of the rash. It is usually not necessary to perform lab testing. If the rash appears to be caused by an allergic response, the doctor may perform skin testing to determine the specific allergy-causing agent.

The best treatment for diaper rash is to keep the baby’s skin as clean and dry as possible.

If diaper rash persists despite home treatment, the doctor may prescribe: