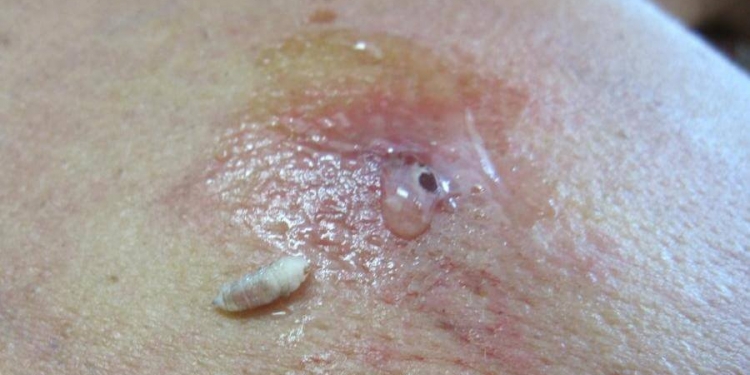 Myiasis is defined as the invasion of live vertebrates (humans and/or animals) with dipterous larvae. In mammals (including humans), dipterous larvae can feed on the host’s living or dead tissue, liquid body substance, or ingested food and cause a broad range of infestations depending on the body location and the relationship of the larvae with the host.

The most common flies that cause the infection in human beings include:

The various methods by which the larvae can enter the human body include:

A boil-like lesion then develops rapidly at the infected site, which is red in color and tender to touch. This is accompanied by shooting pains caused by the movement of the organisms inside the wound.

The symptoms of Myiasis differ as per the location of the infection and include the following:

The general symptoms of Myiasis may include:

The diagnosis of Myiasis involves the following tests and exams:

The following tests are usually done:

The larvae need to be surgically removed by a medical professional. Typically, the wound is cleaned daily after the larvae are removed. Proper hygiene of wounds is very important when treating myiasis. Sometimes medication is given, depending on the type of larva that causes the problem.