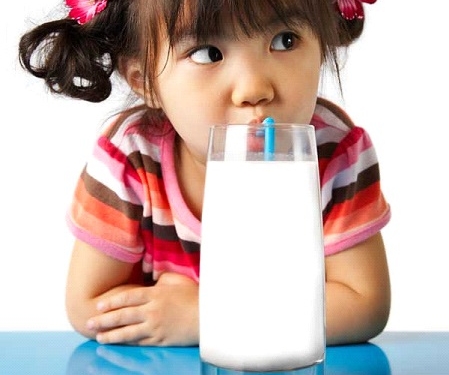 What Is Milk Allergy ?

It is the abnormal reaction against the milk by the immune system of the body. Not merely, the response occurs after drinking milk, but also consuming the products that contain milk. In children, milk allergy tends to be the foremost common food allergy caused by the milk of cow, though, buffalo, goats and sheep’s milk can also trigger the reaction. In addition to this, reaction generally occurs some minutes or even hours after the intake of milk. Symptoms range from minor to intense, and often include digestive .problems. At times, the condition can lead to anaphylaxis, a serious allergic reaction.

To avoid milk allergy, it is advice to avoid drinking milk, or food items that contain milk. Many children successfully outgrow their problem, though rest needs to avoid milk in the future as well.

What Are The Symptoms Of Milk Allergy ?

The signs of milk allergy vary from individual to individual. As mentioned earlier, reaction generally occurs some minutes or even hours after the intake or consuming the products that contain milk.

Symptoms that tend to emerge instantly are:

However, symptoms which develop gradually are:

Food allergies are triggered by the malfunction of immune system. In milk allergy, the immune system finds some proteins in the milk as dangerous, hence instigates the making of antibodies that can counteract the allergen. After being contacted with the proteins, these antibodies tend to identify them, and indicate the immune system to produce chemicals such as histamine, that leads to the development of its symptoms.

Can Milk Allergy Lead To Any Complication ?

Children with milk allergy have the tendency to develop other medical conditions such as:

How Is Milk Allergy Diagnosis ?

In case of a reaction caused by food, the doctor cannot just simply determine what food is acting as an allergen. In order to evaluate either the patient has milk allergy or not, the doctor can need details regarding the symptoms. He or she will also conduct a physical exam, and will ask the patient to maintain a record of the foods he or she eats. In order to ascertain the doubts, the doctor will ask the patient to stop drinking or consuming the products that contain milk, after sometime; he will ask him/her to add it/them again in the diet. This will help him identify what’s rooting the symptoms. A particular or both the below mentioned tests can also be suggested:

How Is Milk Allergy Treatment ?

The mere way to prevent milk allergy is to avoid the products that contain milk or the intake of milk. Consult your doctor as to what to avoid and what not. Medications for example antihistamine are known to ease the symptoms of reaction caused by an allergen. In case of anaphylaxis, your child would need an immediate trip to the nearest hospital.