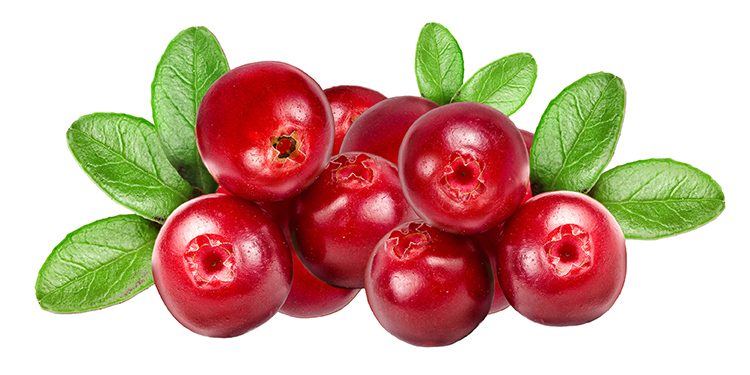 For centuries Cranberry has been used as both food and medicine. Native Americans used it to treat bladder and kidney diseases. The British upon arriving in North America quickly learned that the berry can be used both raw and cooked for many conditions. They used it for appetite loss, stomach problems, blood disorders, and scurvy.

Cranberry is high in antioxidants which neutralize particles in the body known as free radicals, which damage DNA and cells are thought to contribute to many diseases. Cranberry is also an excellent source of another important antioxidant, vitamin C.