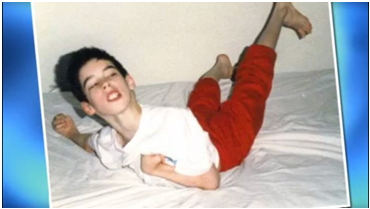 Dystonia is a disorder characterized by involuntary muscle contractions that cause slow repetitive movements or abnormal postures. The movements may be painful, and some individuals with dystonia may have a tremor or other neurologic features. There are several different forms of dystonia that may affect only one muscle, groups of muscles, or muscles throughout the body.

Dystonia with no obvious cause, or caused by a genetic mutation, is known as primary dystonia. If dystonia is a symptom of another condition, it’s known as secondary dystonia.

Most people with primary dystonia don’t have an identified cause. A minority of cases are associated with genetic mutations, which usually begin in childhood.

There are currently over 12 types (or sub-types) of dystonia linked to genetic mutations, including generalised dystonia, dopa-responsive dystonia and paroxysmal dystonia.

The genes responsible for these types of dystonia are passed down through families in a pattern that’s known as autosomal dominant. This means if you have one of these abnormal genes, there’s a one in two chance your children will inherit that gene and develop dystonia.

Secondary dystonia, also known as acquired dystonia, can have a wide range of causes, including:

Patients’ signs and symptoms will depend mainly on the type of dystonia they have. Below are some common examples:

To diagnose dystonia, your doctor will start with a medical history and physical examination.