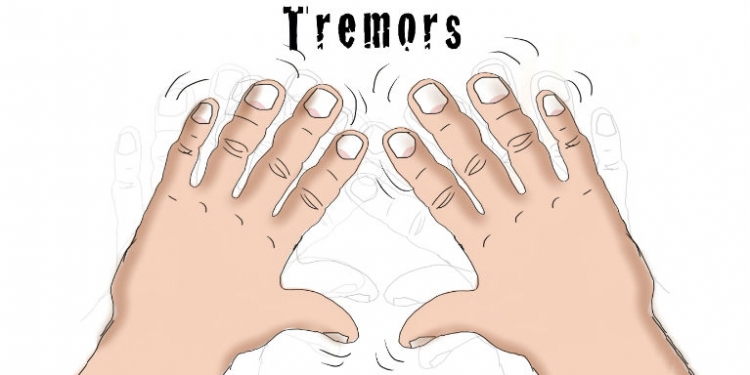 Tremor is an unintentional, rhythmic muscle movement involving to-and-fro movements (oscillations) of one or more parts of the body. It is the most common of all involuntary movements and can affect the hands, arms, head, face, voice, trunk, and legs.

Prescription medications, diseases, injuries, stress, and caffeine can all cause tremors. The most common causes of tremors are:

Tremor may be caused by:

The diagnosis of tremor is based on clinical information obtained from a thorough history and physical examination.

Beta blockers. Normally used to treat high blood pressure, beta blockers such as propranolol (Inderal) help relieve tremors in some people. Beta blockers may not be an option if you have asthma or certain heart problems. Side effects may include fatigue, lightheadedness or heart problems.

Anti-seizure medications. Epilepsy drugs, such as primidone (Mysoline), may be effective in people who don’t respond to beta blockers. Other medications that might be prescribed include gabapentin (Gralise, Neurontin) and topiramate (Topamax, Qudexy XR). Side effects include drowsiness and nausea, which usually disappear within a short time.

Tranquilizers. Doctors may use drugs such as alprazolam (Xanax) and clonazepam (Klonopin) to treat people for whom tension or anxiety worsens tremors. Side effects can include fatigue or mild sedation. These medications should be used with caution because they can be habit-forming.