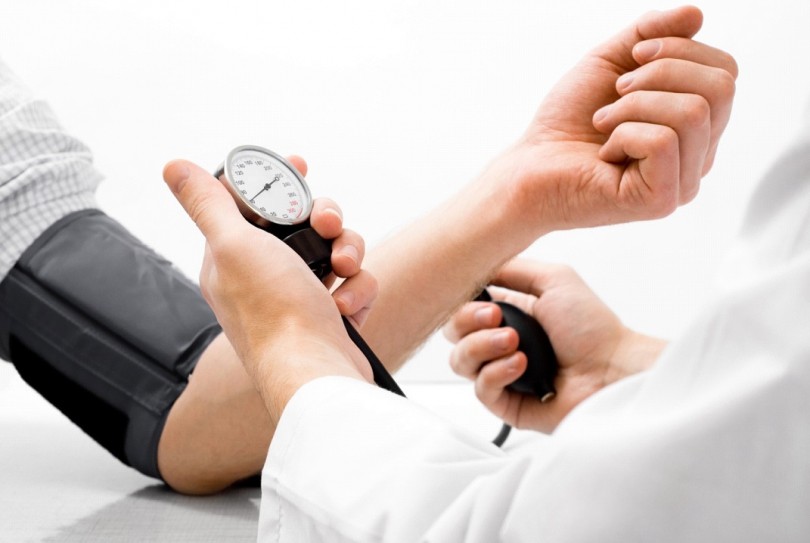 What Is High Blood Pressure ?

What Are The Symptoms Of High Blood Pressure ?

There are certain diseases which are caused by an increased or decreased blood pressure. There are also certain problems which lead to an increased or decreased blood pressure that further worsen the existing condition. Due to an increased pressure exerted on the walls of the arteries, their inner lining gets damaged and eventually becomes thick and loses their flexibility. This disease is called arteriosclerosis. This can further lead to the blockage of arteries when the fat starts to accumulate in them. The blockage can cause a severe chest pain know as angina, heart attack, kidney failure and peripheral artery disease. Another problem that can be caused is that of aneurysm. In this case, the arteries become weakened and a part of them enlarges and creates a bulge. There are also conditions which can lead to a high blood pressure. They appear in our normal lives very often. It can be a hereditary factor which causes usually high blood pressure. A poor diet and a lack of exercise also cause a high blood pressure. When individuals are in stress or are in a state of pregnancy, they can experience an elevated blood pressure. However, it is something that can be controlled and regulated with a sound level of care and maintenance.

What Are The Risk Factors Of High Blood Pressure ?

Around 67 million adults in the United States have high blood and only half of them have their condition regulated and controlled. Men often have higher blood pressure than women. It is also more prevalent in adults above the age of 25, and 40% of adults falling in this group report an increased blood pressure worldwide. Countrywide, people with relatively the highest blood pressures are found in Africa. A population with the lowest blood pressure on average is that of America. In case of a difference of income groups, the lower and middle income groups had a larger number of cases of around 40%. Higher income countries showed a lower statistic of a raised blood pressure case with a percentage of 35%.

How Is High Blood Pressure Diagnosis ?

The instrument used to measure blood pressure is called a sphygmomanometer. There are three types of sphygmomanometers. One works with mercury, another with aneroid and the other one is digital. In order to start the measurement, a proper size blood pressure cuff is needed. The cuff is wrapped around the upper arm and one inch above the elbow. The cuff has to be inflated until the pressure reaches to 180mmHg. Then the air from the cuff has to be released with a medium rate of around 3mm per second. There are two values of pressure, the systolic and diastolic. The systolic pressure is the one that is exerted when the heart pumps the blood into the arteries. It is higher than the diastolic pressure which the pressure that remains when the heart takes a momentary pause before pumping again. There is a knocking sound which can be heard in the stethoscope and observed on a sphygmomanometer. The first knocking sound indicates the systolic which has an average value of 120mmHg. The systolic knock is followed by a diastolic pressure indicated by the knock and the value of diastolic pressure is around 80mmHg on average. The pressure in both arms should be noted and the difference should be recorded for accuracy (The side of which the arm is used and the cuff size should be noted for the record). If the blood pressure appears to be higher than usual, it should be recorded preferably two additional times to ensure its accuracy. The systolic pressure of 180mmHg and a diastolic pressure of 120mmHg is the highest extent after which the subject should consult a doctor immediately because these are alarmingly and are probably a sign of danger for the patient.

How Is High Blood Pressure Treatment ?

While changes in lifestyle are highly imperative to regulating blood pressure, there are certain medical measures that one must take in cases of hypertension. There are drugs called, thiazide diuretics, which act on kidneys to remove sodium and water and help the blood lose volume so that the spike can be reduced. They are often the first and foremost drug prescribed but treatment is not exclusive to this. Beta blockers are another kind of drug which helps open up the blood vessels and help slow down the speed at which the heart is beating. They are often consumed with a combination of other drugs since they are not very effective alone. ACE inhibitors are enzymes which help dilate blood vessels by inhibiting the production of chemicals which cause constriction. Calcium channel blockers are drugs that slow the heart rate and relax the blood vessels. It is more effective in case of older people. Renin inhibitors such as Aliskiren slow down the formation of renin which increases blood pressure in the kidneys.