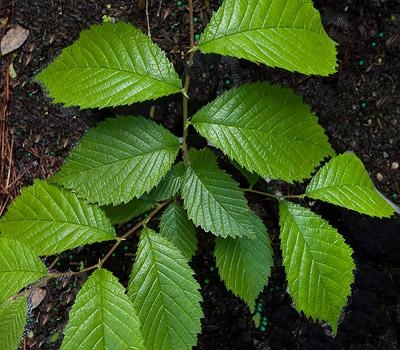 What is Slippery Elm?

Slippery elm is a tree native to the North American east coast. It is known by many other names such as Red Elm, Indian Elm, Gray Elm, and Soft Elm. It’s given the name Slippery elm due to the slippery and slimy substance found in its inner bark. This substance is a polysaccharide called mucilage, which becomes a gel when water is mixed into it. It coats the mouth, throat, stomach, and intestines; inducing a soothing sensation and providing relief from conditions such as diarrhea, diverticulitis, Irritable Bowel Syndrome, Gastroesophageal Reflux Disease, Crohn’s Disease, and ulcerative colitis.

In North America, Slippery Elm has been used as medicine for hundreds of years. Native Americans used it to treat skin conditions such as ulcers, burns, and psoriasisby topically applying balms and salves made of it. They also ingested it to ease coughs, soothe sore throats, and relieve stomach issues such as diarrhea. They were not the only ones who used Slippery Elm for its medicinal effects. It has been mentioned in many old books and was also used during the American Revolution to treat wounds of soldiers.