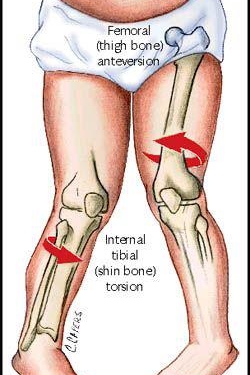 What Are Growing Pains?

Growing pains, also known as Osgood–Schlatter disease, are an inflammation of the patellar ligament at the tibial tuberosity.

It is characterized by a painful lump just below the knee and is most often seen in young adolescents.

It is generally more common in boys than girls.

The core cause underlying growing pains is yet unknown.

However, it has been suggested that growing pains may be linked to restless legs syndrome.

Moreover, muscle pain at night from overuse during the day is thought to be the most likely cause of growing pains.

Running, climbing or jumping during the day might increase the risk of leg pain at night.

Growing pains differ from one child to another. While some experience severe pain, others experience mild to none at times.

Some common symptoms include:

The following procedure is undertaken in order to diagnose growing pains:

There is no treatment available for growing pains. However, they tend to fade away on their own.

For the time being, one may resort to self-care in order to attain comfort.