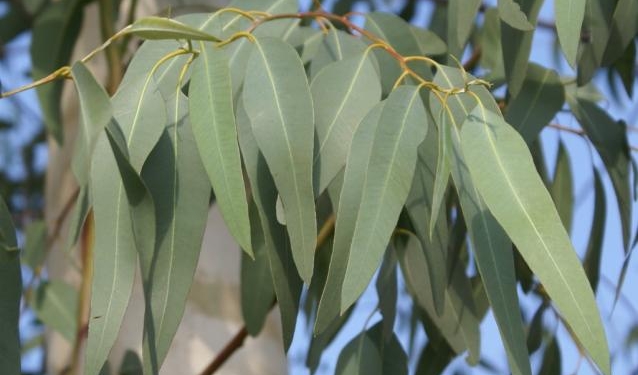 There are over 700 species of Eucalyptus and they consist of flowering trees and shrubs. Most species are native to Australia where it is the main food for koalas. The oil made from this plant is very popular and is used around the world for different reasons. It is used in many over-the-counter cough and cold formulations as a decongestant. It is added to some mouthwashes because it kills germs and freshens the breath. It is also used in creams and ointments to relieve joint and muscle aches and pains.

In the olden days Eucalyptus oil was used as an antiseptic to kill germs, The Aboriginalsused it to heal wounds and fungal infections. Teas were made of Eucalyptus leaves to reduce fevers.  The Chinese, Indian (Ayurvedic), Greek, and European systems of medicine incorporated it into their remedies.
In the 19th-century,the British used Eucalyptusoil to clean urinary catheters. Laboratory studies later showed it contains substances that kill bacteria, some viruses, and fungi. It was also found to be an expectorant, meaning it helps coughs by loosening phlegm.