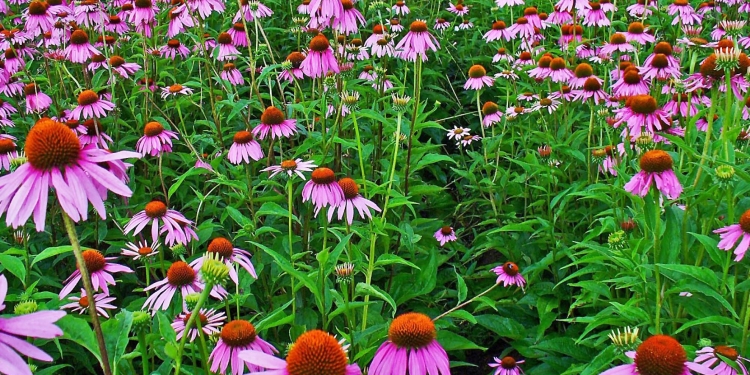 The Greek word for hedgehog is echinos and that is where the name of this plant comes from. Echinacea has prickly scales in its seed head that resemble the spines of a hedgehog. Echinacea is among the most popular herbs in America today.

Archaeological evidence suggests that Native Americans may have used Echinacea for more than 400 years to treat infections and wounds and as a general tonic. Throughout history it has been used to treat scarlet fever, syphilis, malaria, blood poisoning, and diphtheria. In the United States it was popular during the 18th and 19th centuries,but its use began to decline after the introduction of antibiotics. Throughout the 20th century Echinacea preparations became increasingly popular in Germany which explains why most of the scientific research on it has been conducted there.

In modern times people use Echinacea to shorten the duration of the common cold and flu and reduce its symptoms, such as sore throat, cough, and fever. It is also recommended by herbalists as an immune system booster and infections fighter.