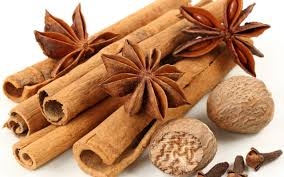 Cinnamon is best known as a spice that is obtained from the inner bark of several trees from the genus Cinnamomum. It used to flavor both sweet and savoury dishes and can besprinkled on toast and lattes. Not many people know that cinnamon is not only just a good flavoring agent. It has been used traditionally as medicine throughout the world.

Research has shown that a particular type of cinnamon called cassia cinnamon may lower blood sugar in people with diabetes.  A recent German study on type 2 diabetes found that daily use of cinnamon extract successfully reduced blood sugar by about 10%. Studies have also found that cinnamon may reduce inflammation, have antioxidant effects, and fight bacteria. Cinnamon is also good at reducing cholesterol. In another study it reduced cholesterol by 13 percent and triglycerides by 23 percent.

Cinnamon has the following health benefits: