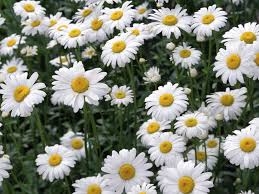 Chamomile is a plant that has daisy-like flowers that are dried and used in teas and capsules. They can also be crushed and steamed to produce a blue colored oil. The oil contains ingredients that reduce swelling and may stop the growth of bacteria, viruses, and fungi.

There are two main varieties of chamomile. One is known as Roman, or English chamomile and the other one, which is more popular, is known as German chamomile. In the western world chamomile is one of the most popular herbs and is used to calm frayed nerves, to treat stomach problems, to relieve muscle spasms, and to treat skin conditions and mild infections.

The use of chamomile as a medicine goes back thousands of years, dating back to the ancient Egyptians, Romans, and Greeks. It was used to treat many conditions, including chest colds, sore throats, inflamed gums, anxiety, abscesses, psoriasis, acne, eczema, minor burns, ulcerative colitis, stomach ulcers, insomnia, chicken pox, and diaper rash.

The most common use of chamomile, especially in the US is as an anxiolytic. It is used by many people   to relieve anxiety and help in sleep. It has been found through clinic studies that chamomile reduces symptoms of anxiety in people with mild to moderate generalized anxiety disorder (GAD). It is believed that low doses of chamomile relieve anxiety, whereas higher doses help sleep.