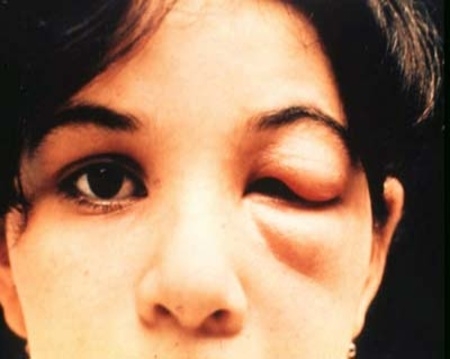 What Is Chagas Disease?

Chagas disease, also known as American trypanosomiasis, is a tropical parasitic disease caused by the Trypanosoma cruzi. It is spread mostly by insects known as Triatominae or kissing bugs.
Chagas disease is common in South America, Central America and Mexico, the primary home of the triatomine bug. Rare cases of Chagas disease have been found in the southern United States, as well.

If Chagas disease progresses to a phase called chronic phase, serious heart or digestive complications may occur. These may include:

The cause of Chagas disease is the parasite Trypanosoma cruzi, which is transmitted to humans from a bite from an insect known as the triatomine bug.
These insects can become infected by T. cruzi when they ingest blood from an animal already infected with the parasite.
They hide in crevices in the walls or roof during the day, and then come out at night, often feeding on sleeping humans.
Infected bugs defecate after feeding, leaving behind T. cruzi parasites on the skin.
The parasites can then enter the human body through your eyes, mouth, a cut or scratch, or the wound from the bug’s bite.

One may also get infected by:

Chagas disease can exhibit two kinds of symptoms; acute (sudden, brief illness) or chronic (long lasting). The symptoms change over the course of the infection.

The following tests and exams help confirm the diagnosis:

The only treatment available for Chagas disease is taking medications to kill the parasite or relieve symptoms.