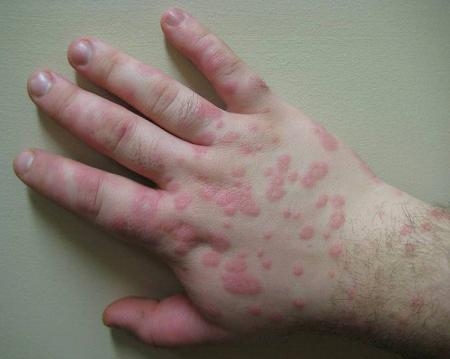 What Is Valley Fever?

Coccidioides fungi dwell in soil of certain areas. The fungi can get mixed with air due to activities like farming and construction. In some areas, powerful wind can also lead to coccidioides fungi being mixed in air. When this air infected with coccidioides fungi is inhaled by humans, valley fever occurs. Although cough, fever and chest pain are the popular symptoms of valley fever, a rash may also occur. Many victims are cured without any treatment but medications are required in severe cases. The reason why valley fever is also known as desert fever is because it is more common in dry desert areas.

What Are The Symptoms Of Valley Fever?

Valley fever is the initial stage of the disease and each stage will lead to different symptoms. In this initial stage, the following symptoms may evolve after some time of exposure to the coccidioides fungi:

Apart from these symptoms, a rash with red bumps may also evolve during valley fever. At times, symptoms may not show up at all. In such cases, valley fever is detected through certain regular tests. It is important to treat valley fever as soon as it is detected or symptoms evolve or valley fever may turn into severe stages. The symptoms are different for chronic and disseminated coccidioidomycosis.

What Are The Causes Of Valley Fever?

Coccidioides posadassi and coccidioides immitis are two species of the fungi responsible for valley fever. These fungi are found in the soil of arid deserts like in northern Mexico and Nevada and are highly contagious. Due to a significantly small size, coccidioides fungi travel several miles along with the wind and enters the human body. Once affecting the lungs, fungi continues with the reproduction process. Coccidioides cannot be transmitted from person to person.

What Are The Risk Factors Of Valley Fever?

The following factors increase the risk of valley fever in a person:

How Is Valley Fever Diagnosed?

Valley fever cannot be diagnosed simply by observing the symptoms or through a chest X-ray. This is because symptoms are unclear and may also evolve in other diseases while chest X-ray will not rule out doubts about other lung disease. In addition to observation and chest X-ray, doctors usually recommend the following:

How Is Valley Fever Treated?