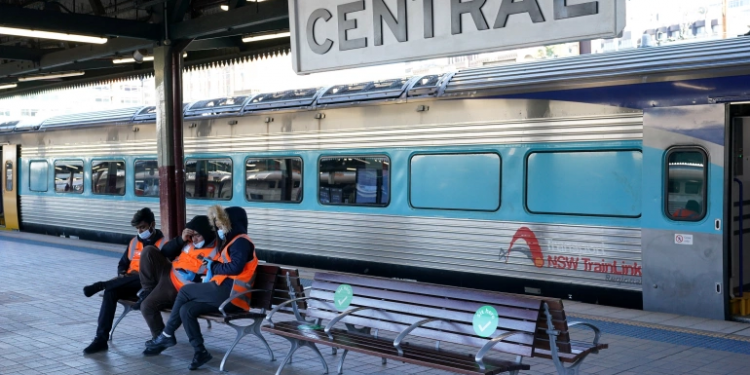 More than five million people across the city are subjected to movement restrictions as authorities battle to contain the spike.

Sydney’s streets were nearly deserted on Saturday as more than five million people across the city were subjected to the movement restrictions. Saturday’s lockdown in New South Wales (NSW), the country’s most populous state – will also include the regions of Blue Mountains, Central Coast and Wollongong, which surround Sydney.

More than 80 COVID-19 cases have been reported so far in an infection surge linked to an international flight crew transported to a quarantine hotel from the airport. The flare-up was a shock for Sydney, the capital of NSW, that had returned to relative normality after months with very few local cases.

The lockdown had originally only applied to Sydney’s business district and affluent eastern suburbs, but the spread of the outbreak elsewhere pushed authorities to take a more drastic step.

“Even though we don’t want to impose burdens unless we absolutely have to, unfortunately this is a situation where we have to,” said New South Wales state Premier Gladys Berejiklian.

“When you have a contagious variant, like the Delta virus, a three-day lockdown doesn’t work – if we’re going to do this we need to do it properly.

Transmissibility is at least double what previous variants have been so we do need to brace ourselves for a potentially large number of cases in the following days,” she added. Struggled with the vaccination rollout
Australia has been more successful in managing the pandemic than many other advanced economies through swift border closures, social distancing rules and high community compliance with them, reporting slightly more than 30,400 cases and 910 COVID-19 deaths.

But the country has struggled significantly with the vaccination rollout and small outbreaks continue.

On Friday, the government granted provisional approval for the Johnson and Johnson vaccine, potentially expanding its supply options.
Berejiklian said she would hold an emergency government meeting with health authorities later on Saturday.

“The situation is worsening beyond what we would have liked to have seen this morning, and the reason for that is that the new exposure sites are outside of those areas of concern we had highlighted,” Berejiklian told a news briefing.

Under the rules in place through July 9, people can leave home for essential work, medical care, education or shopping. The rest of the state will have limits on public gatherings and masks will be obligatory indoors.

Her conservative state government was reluctant to impose the lockdown, but a growing number of health experts called for it, as Australia remains largely unvaccinated.

Health officials across the world have been alarmed by the rapid spread of the Delta variant first seen in India, noting instances of people passing on the virus during fleeting encounters in shops and then quickly infecting close family contacts.

“No matter what defensive steps we’re taking at the moment, the virus seems to understand how to counterattack.”

Anyone outside of the lockdown who had visited Sydney since Monday was also instructed to self-isolate for 14 days.