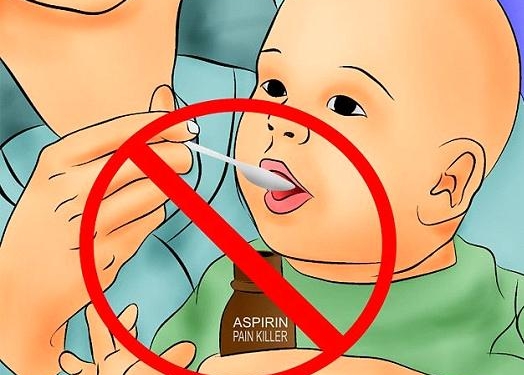 What Is Reye Syndrome?

It an acute condition which causes swelling in the brain and liver. Commonly, it affects teenagers and children those recovering from some viral infection, usually chicken pox or flu. Strangely, aspirin has been associated with the condition, thus be careful while giving aspirin to teenagers or children.

Despite the fact, that its usage is approved for children above two years, teenagers and children those getting recovered from flu-like symptoms and chickenpox must never take it in the same duration. For better assistance, discuss with your doctor!

What Are The Symptoms Of Reye Syndrome?

Children suffering from the condition get sick out of the blue. Usually, it starts with vomiting, that persists for several hours. Besides, some common symptoms of Reye syndrome are:

Some other signs that may accompany with the above mentioned symptoms are:

The clear cause that triggers Reye syndrome is ambiguous. However few factors can play a crucial role in its instigation. In teenagers and children, it is observed that the condition is often rooted by taking aspirin for treating some viral infection or illness, specially chicken pox and flu.

What Are The Risk Factors Of Reye Sendrome?

The below mentioned factors, often when occur simultaneously; can raise the chances of Reye syndrome:

What Are The Possible Complications Of Reye Syndrome?

How Is Reye Syndrome Diagnosed?

Following tests can be conducted in order to determine Reye syndrome:

How Is Reye Syndrome Treated?

There is no particular treatment for Reye syndrome. Your doctor will examine:

He or she may then consider the following treatments:

What Is The Prognosis Of Reye Syndrome?

How well the patients of Reye syndrome do rely on certain factors, including the severity of coma. Though, the outcome is possibly good for the ones who manage to survive an acute episode.

Avoid giving aspirin to your child unless prescribed by a doctor.

Wanting To Improve Your Cognitive Function & Fulfill Your Energy Needs?

Wanting To Improve Your Cognitive Function & Fulfill Your Energy Needs?