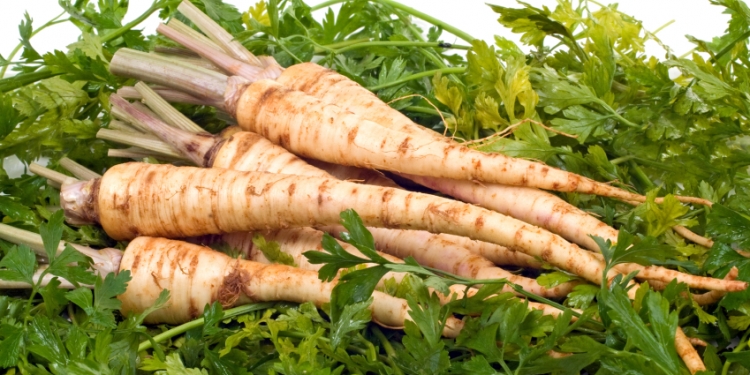 What is Parsley Root Herb?

Parsley is a family member of the carrot family which includes celery, fennel, anise and dill. Parsley root herb plant is light beige, shaped like a carrot, but slender like a parsnip. The flavor is also as a taste between celery and carrots with a little parsley for leaf and turnip. Parsley root has a more delicate, sweeter and have more herbal taste than a parsnip. This healing herb is mostly eaten cooked but it can be served raw, and varieties of parsley root with large fleshy tap roots are used for cooking in Central and Eastern Europe. Parsley roots that can be sliced or cubed and prepared as a cooked vegetable in the same way like carrots, celery roots, parsnips and turnips. The roots become tender for about five minutes, but the flavor will not reduced by lengthy cooking. Use parsley root in soups or stews, can combined with carrots, potatoes, turnips, onions or meat.