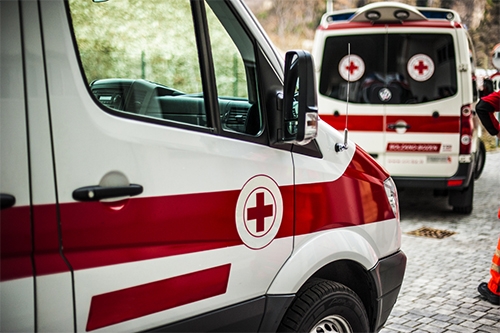 Islamabad, Pakistan – The prominent Edhi Charity, based in Pakistan, has offered to send ambulances and medical staff to help the Indian government as coronavirus cases continue to spike in the neighbouring country.

Faisal Edhi, the managing trustee of the Edhi Foundation, told Al Jazeera that he had written a letter to Indian Prime Minister Narendra Modi on Friday.

“We sympathise with you greatly and during this strenuous time, we would like to extend our help in the form of a fleet of 50 ambulances along with our services to assist you in addressing, and further circumventing, the current health conditions,” Edhi’s letter reads.

India has been reporting a record number of coronavirus cases – and deaths – amid an alarming shortage of oxygen for patients and beds in its hospitals. The country’s second wave of COVID-19 cases has threatened to overwhelm its underfunded and fragile healthcare system.

Relations between South Asian neighbours India and Pakistan have been strained in recent years, after a military standoff in February 2019 that saw both countries carry out air attacks on each other’s territory and engage in an aerial dogfight that saw at least one Indian fighter jet shot down.

The two countries have fought three wars since gaining independence from the British in 1947.

Since February, there has been a slight thaw in relations, with both countries reaffirming their commitment to respecting a 2003 ceasefire agreement in the disputed territory of Kashmir, where shelling by both sides had spiked over the last two years.

The two countries’ prime ministers also exchanged letters on the occasion of Pakistan Day, a day commemorated in Pakistan to mark the beginning of a movement for a separate homeland for the subcontinent’s Muslims.

The Edhi Foundation was founded by Abdul Sattar Edhi, a hero in Pakistan for his tireless work for the poor. The charity runs one of the country’s largest free ambulance services, as well as orphanages, schools, food distribution centres and other charitable enterprises.

Faisal Edhi, the founder’s son, started running the charity in 2016 after the death of the elder Edhi.

The charity sought PM Modi’s help in gaining permission to enter India and coordination with local authorities. There was no immediate response from the Indian government. It is unclear whether the proposal would carry weight as earlier this week Pakistan banned travelers from India due to fears over widespread coronavirus infection in that country.