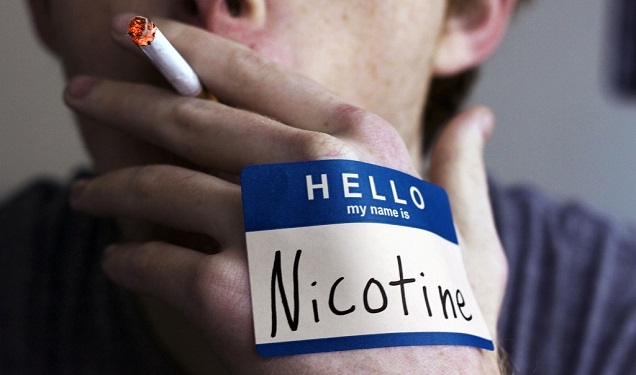 What Is Nicotine Dependence?

Nicotine dependence is an addiction to tobacco products caused by one of its ingredients – the drug nicotine. It is the second-leading cause of death worldwide.
Those addicted to nicotine have unpleasant withdrawal symptoms, which temporarily go away when they receive the nicotine through smoking tobacco.
Experts dub nicotine to be one of the hardest of all addictions to break.
While it’s the nicotine in tobacco that causes nicotine dependence, the toxic effects of tobacco result from other substances in tobacco.
Smokers have much higher rates of heart disease, stroke and cancer compared to nonsmokers.

The following withdrawal symptoms are exhibited by those who quit tobacco products:

Nicotine triggers the release of dopamine, a neurotransmitter which gives people a pleasant feeling.
Obtaining that dopamine rush is said to be a major part of the addiction process – smokers crave that neurotransmitter (especially dopamine) rush.
Some time after the consumption of the last tobacco product, the levels of these hormones drops, leaving the smoker feeling anxious and possibly irritable, and in need of nicotine boost.

Behaviors and cues that you may associate with smoking include:

The Following Factors Increase The Risk Of Developing Nicotine Dependence:

Signs and symptoms of nicotine dependence may include:

There is no current diagnostic test, such as a blood test or imaging scan which can determine whether somebody is addicted to nicotine, and to what degree.
Nicotine dependence can be diagnosed via a thorough medical history where the doctor inquires about the daily intake of cigarettes or other tobacco products.