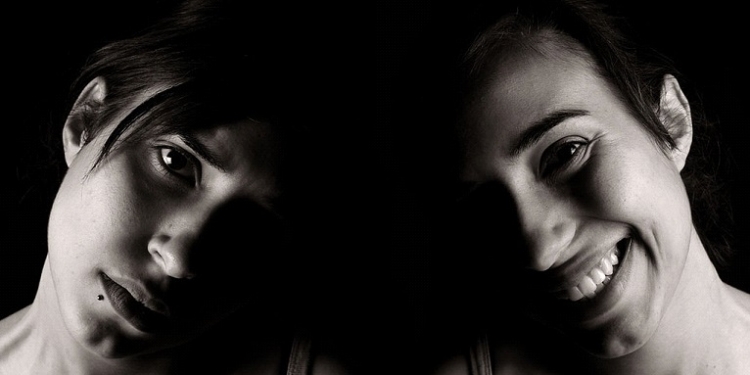 What Is Bipolar Disorder ?

Bipolar disorder is mood disorder which is also known as maniac depression, lies over a spectrum when it comes to severity. Hence, it can be hard to pinpoint a lot of times because it is associated with attitude. It basically causes severe mood shifts and also impacts the energy level and thinking pattern of individuals. This leads to problematic behavior which does not affect the individual physiologically but also socially. The subject can become maniacally high or can stoop to extremely low depression. The cycles of mood in bipolar disorder can last for days, weeks and even months.

Some examples of the inappropriate mood swings may include the person quitting his job, or spending a large amount of money on reckless shopping or even feeling fresh and rested after just two hours of sleep. This is the period when the individual is in a maniac episode. During days of depression, the person might sleep for very long hours and still feel lethargic. He might also suffer a feeling of hopelessness and self-loath over minor encounters.

Most of the time, this disorder is attributed to heredity and becomes apparent during teenage years and early adulthood.

What Are The Symptoms Of Bipolar Disorder ?

There are certain myths which are held regarding the bipolar disorder. One is that the patient cannot lead a normal life or get any better. However, studies have shown that many people with this disorder lead happy lives with successful careers and positive relationships. It can be a bit more challenging for them to pull off certain challenges of social life but sound treatment and an adequate support system; the patient can manage his mood swings since he is well aware of the problem that overwhelms him psychologically. It cannot be necessarily said that individuals with this disorder keep swinging between states of maniac and depression. Most of the time, these patients remain in prolonged states of depression and only small episodes of mania which often go unnoticed because the symptoms are highly similar to normal acceptable behavior.

Though it is mostly visible in the mood, bipolar disorder is not restricted to mood itself. It has an impact on judgment, energy level, and appetite, sleep patterns, self-esteem, memory. It is also often assumed that only medication can assist patients with a bipolar disorder, however this is not true. Though it is one of the core parts of treatment but self-help strategies and therapy play a very vital role in aiding the patient get abate the effects of the disorder. Exercising, getting good sleep, keeping stress at a minimal level staying around supportive people has a very substantial impact on improving the condition of the patient.

Bipolar disorder can go to different levels in different people. There can be a major variation in the outlook of symptoms and also their intensity. In some people the maniac state is more apparent and frequent while in others it is the depressed state that they more often go through.

There is no definite cause which leads to bipolar disorder. It is often said that it is genetically present in individuals but not everybody with a genetic element of the illness actually ends up getting victimized by it. Certain studies involving imaging of the brain show that physical changes occur on the brain in this disorder. There has also been research which indicates neurotransmitter imbalances, circadian rhythm problems, abnormal functioning of the thyroid and also high levels of cortisol which is a stress hormone.

External factors including psychological and environmental, play a major role in the development and triggering of the disorder. These factors are even known as triggers however, most of the time it develops without an apparent trigger. One of the major triggers is stress. Drastic life events can be highly stressful for a person and can trigger the disorder in a person who already contains a genetic thread of it. These may include moving away from home, getting married or losing a loved one. Substance abuse is also worth mentioning because it does not directly lead to the disorder but deteriorates the course of the disease also because patients have a huge tendency to become exposed to drugs in states of mania and depression alike. This includes drugs including, but not restrictive to ecstasy, cocaine, and alcohol. Certain medicinal drugs can also play a part in triggering the disease. Anti-depressant drugs highly contribute to triggering mania. They are also the cause most often because they are taken usually in a state of existing depression. While not a very pronounced factor, but a seasonal change can also trigger states of mania, more common in summer, and depression which is more frequent during winter.

How Is Bipolar Disorder Diagnosis ?

After being suspected with bipolar disorder, the patient can undergo several exams and tests such as psychological evaluation, physical exam, mood charting etc.

How Is Bipolar Disorder Treatment ?

The treatment of bipolar disease involves long-term treatment which requires slow and consistent practice. It is a chronic disease and relapses very often which is why the treatment needs to continue even after the patient starts feeling better. Prolonged medication may also be required to stay free of the re eruption of the problem and avoid triggers. This treatment is also mostly non-medicated and requires much more than just drugs. Therapy and social support has a very strong effect and a change of lifestyle also facilitates improvement. A psychiatrist is needed and preferred since it is a complex disease which demands an expertise and strong analysis to be identified and dealt with.

Self-help is another mode of treatment employed by patients. It requires changing your lifestyle and also certain life choices as in case of relationships and what jobs to take. The best way to go along with it is to read and learn more and more about the disease as it will enhance the recovery process. Maintenance of a stress is also very imperative to the treatment. A work-life balance is necessary and relaxation techniques such as Yoga and meditation are often recommended. Membership of support groups can become a major booster of the treatment as it will be a major source of encouragement and motivation to work towards fixing the problem. It helps the patient keep away from feeling of isolation which only adds to worsening the disorder. A healthy lifestyle in terms of exercise, rest and diet is needed. A consistent and fulfilling sleep schedule is particularly important. The patient also needs to keep a check on his own because that is the core of the treatment. He needs to monitor himself and make sure he himself gets to take notice of any unusual occurrence in his mood.

Treatment mostly includes therapy and medication. Family education is another thing brought up by researchers which help the family members deal with the patient and understand his disease. Medication is often only effective in a limited way.