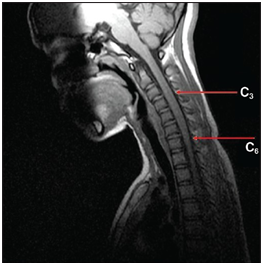 What is Neuromyelitis Optica?

Neuromyelitis Optica (NMO), previously known as Devic’s disease, is a central nervous system disorder that primarily affects the eye nerves (optic neuritis) and the spinal cord (myelitis). Now known in broader terms as neuromyelitis optica spectrum disorder, NMO occurs when your body’s immune system reacts against its own cells in the central nervous system, mainly in the optic nerves and spinal cord, but sometimes in the brain.

Neuromyelitis Optica is an autoimmune condition, which means a person’s immune system (the body’s natural defence against illness and infection) reacts abnormally and attacks the body’s tissues and organs.

An antibody against a protein called aquaporin-4 is present in the blood of up to 80% of people with NMO.

Antibodies are proteins produced by the body to destroy disease-carrying organisms and toxins.

In NMO, the immune system attacks aquaporin-4 which damages the myelin sheath (the protective layer that surrounds nerve cells in the brain and spinal cord and helps transmit nerve signals).

A symptom is something the patient feels and reports, while a sign is something other people, including a doctor or nurse may detect. For example, pain may be a symptom while a rash may be a sign. Signs and symptoms of neuromyelitis optica (Neuromyelitis Optica) vary according to many factors, including the type of NMO the patient has. Typically, a person with NMO will have at least one episode of optic neuritis and transverse myelitis.

Signs and symptoms of optic neuritis include (ON):

Neuromyelitis Optica is not an easy condition to diagnose because it presents signs and symptoms which are often similar to those found in other diseases, such as:

The doctor will have to carry out some tests to rule out the above-mentioned conditions.

There is no cure for Neuromyelitis Optica (NMO) at this time, and no medications have been specifically approved to treat it. The standard of care for an initial attack of NMO includes the following: