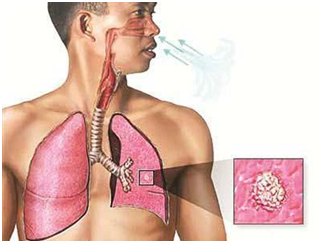 What is Multidrug Resistant TB?

There are two ways that people get Multidrug Resistant TB.

The general symptoms of Multidrug Resistant TB disease include

The symptoms of TB disease of the lungs may also include

Globally there is very limited capacity to rapidly diagnose drug resistant TB. Although some new TB tests are becoming available such as the Genexpert TB test, point of care testing is still practically nonexistent in the areas with the highest TB burden. To overcome the problems of drug resistant TB there needs to be development of true point of care drug susceptibility tests, and their widespread implementation at affordable cost

Multidrug-resistant (MDR) and extensively drug-resistant (XDR) tuberculosis are generally thought to have high mortality rates. However, many cases can be treated with the right combination and rational use of available ant tuberculosis drugs. The recommended regimen is the combination of at least four drugs to which the Mycobacterium tuberculosis isolate is likely to be susceptible. Drugs are chosen with a stepwise selection process through five groups on the basis of efficacy, safety, and cost.