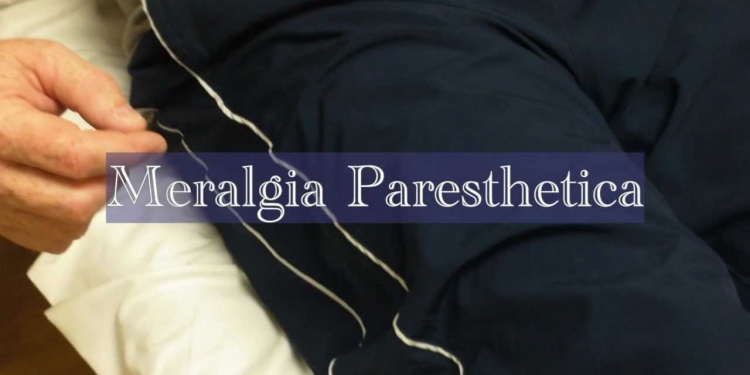 What Is Meralgia Paresthetica?

Tight clothing, obesity or weight gain, and pregnancy are common causes of meralgia paresthetica. However, meralgia paresthetica can also be due to local trauma or a disease, such as diabetes.
In severe cases, treatment may include medications to relieve discomfort or, rarely, surgery.

Common causes of this compression include any condition that increases pressure on the groin, including:

People Between The Ages Of 30 And 60 Are At A Higher Risk Of Developing Meralgia Paresthetica.