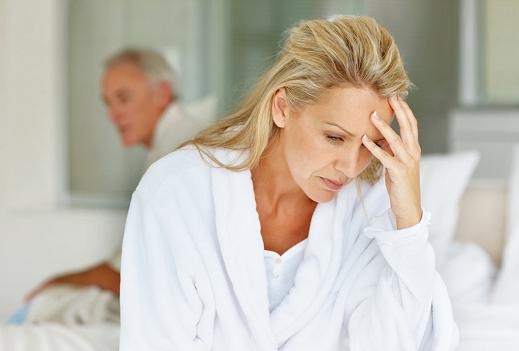 It is a stage in a woman’s life that indicates the termination of her reproductive period. It basically means the end of a woman’s menstruation. Reaching menopause leaves no chance to conceive a baby. It is a normal condition and every woman experiences it as she ages. On average, majority women tend to reach menopause between the ages of 48-52.

During menopause, the production of eggs is stopped by the ovaries, whilst they make lesser female hormones. Normally, when a woman reaches her mid-life, the levels of estrogen begin to fluctuate. Many women observe their menstruation gets unpredictable, as they becomes lighter, heavier or longer than usual, whilst the normal intervals between periods tend to change. As the estrogen level drops, a woman begins to miss out her menstrual periods altogether. Sooner or later, they end!

In addition to this, the complete transition takes around 3-5 years, while at this times; a woman can conceive a baby. Usually, the process take place slowly, however women those with damaged or lost ovaries can undergo menopause speedily. Menopause, as well as its symptoms can be physically and emotionally distressing.

What Are The Symptoms Of Menopause?

During the menopausal transition, one may notice the following symptoms:

Menopause may consequent due to:

What Are The Potential Complications Of Menopause?

Unfortunately, after menopause, a woman is more prone to experience few medical conditions such as:

How Is Menopause Diagnosed?

Often, no tests and procedures are needed to determine that a woman has entered into the transition stage of menopause. Symptoms of the patient are sufficient enough for the doctor to decide.

How Is Menopause Treated?

Menopause is a normal condition and thus needs no treatment at all. Though, some medical treatments focus to ease the symptoms of menopause and avert or treat the chronic conditions that arise with aging. For the purpose, few treatment options are: