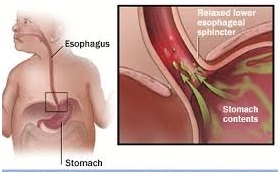 What Is Infant Reflux ?

Infant reflux, or possetting, is a process which happens when the baby spits the milk he/she has swallowed. It is marked by the food refluxing from the baby’s stomach back into the esophagus.

The condition is rarely dubbed to be serious or resulting from an underlying medical condition.  Possible conditions range from allergies to blockages in the digestive system,

Normally it arises due to the fact that a baby’s esophagus is still underdeveloped during the early years.

It’s highly uncommon for a baby to continue spitting food after it reaches the age of 18 months.

A long as the baby is growing and is not showing any such symptoms, which may signal to some other medical condition, infant reflux is dubbed to be normal and should not be a source of concern for the parents,

Generally, Infant reflux is a normal process which occurs due to the fact that a baby’s esophagus is underdeveloped before the age of two.

Since in infants the lower esophageal sphincter (a muscle between the esophagus and stomach) is not fully developed, the food is able to go back into the esophagus once ingested. This leads to spitting up of food or infant reflux.

Possible factors which increases the probability of having infant reflux includes:

Normally, no symptoms are exhibited by babies undergoing infant reflux.

However, if infant reflux is caused by some other medical condition, then the following signs and symptoms may be exhibited by the infant:

In case of exhibition of symptoms, infant reflux and its underlying cause are diagnosed via:

Normally no treatment is required since infant reflux stops on its own accord as the infant grows up.

In case it persists for a longer period of time, the following treatment options are available:

Which Food Should Eat Or Avoid In Psoriasis Diet?

Which Food Should Eat Or Avoid In Psoriasis Diet?