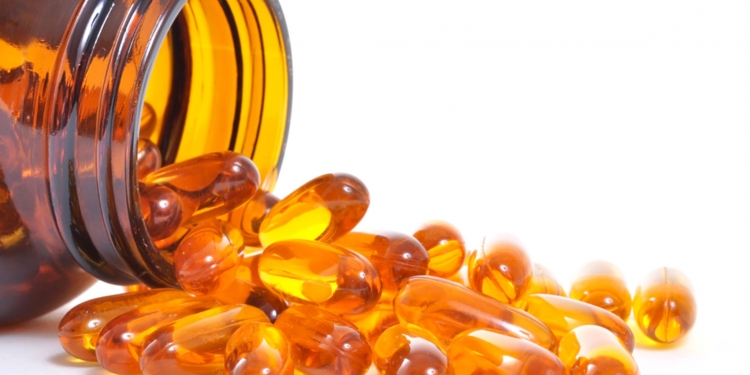 Already commonly prescribed for elderly men and women to keep their bones strong, vitamin D supplements also could be an easy and affordable way to fight serious infections like HIV, according to a recent study led by a Penn State anthropology professor.

Nina Jablonski, whose research includes skin pigmentation and vitamin D, launched the project and enlisted South African researchers and 100 young adults in Cape Town to study how levels of ultraviolet B radiation, vitamin D in the diet, genetics and skin pigment affect vitamin D in the blood. At the same time they tested whether vitamin D supplements could reverse deficiency and improve resistance to HIV. Results were published this month in the Proceedings of the National Academy of Science.

In the end, they found that by sorting out other factors of diet, genes and even skin color, personal sun exposure habit was the strongest factor affecting vitamin D levels in the blood of these 18- to 24-year-olds.

“We’d been working on vitamin D and HIV and tuberculosis. I was interested in the genetics of the infections,” she said. By joining the project, she said, she was able to see how vitamin D supplementation brought positive outcomes for study participants.

Although half of the study group was very dark-skinned, with roots closer to the equator, the other half, of mixed heritage, had varying levels of skin pigment.

To measure results, Ms. Coussens said, “we combined every gradation [of color ]. Vitamin D deficiency was high in winter for all people.”

Just as it does in Western Pennsylvania, the amount of ultraviolet B radiation in Cape Town’s atmosphere varies widely between winter and summer. Cape Town’s latitude south of the equator, at 30 degrees, is equivalent to Florida’s position north. Pittsburgh is 40 degrees north.

Absorption of UVB rays through the skin is key to the production of vitamins D in the body. The darker the pigment in skin, the more UVB needed to start vitamin D production.

People mostly get the vitamin from food and sunshine. However, the study pointed out, there is a growing indoor culture of cities, and many people wear clothing that covers more of the body surface.

Ultraviolet rays are important, Ms. Coussens said. “It doesn’t matter what color you are, you have to get out at midday.”

She said the young people in the study were mostly students. Some of the young men had outside activities, which gave them an advantage. The young women spent more time indoors, she said, adding that “there are a lot of Muslims in the Cape community; they definitely cover up more.”

As a matter of fact, she said, “People in general cover up. They don’t want to get any darker. It’s an interesting mix.”

Low winter levels of vitamin D were treated with weekly supplements of 50,000 IUs of vitamin D-3 for six weeks among members of the darker-skinned ethnic group. The vitamin D levels in the blood rose significantly, lowering the risk for anemia as well.

To test vitamin D’s impact on resistance to HIV — affecting young South African women in higher numbers than men — the researchers drew the winter blood samples and combined blood cells and blood serum (where vitamin D lies) in the lab. They artificially infected the samples with HIV. After six weeks of vitamin D, the blood was similarly tested, and the HIV infection was blocked or reduced.

“HIV is a blood borne virus. The fact is we could reverse the effect through supplementation,” Ms. Coussens said.

The vitamin tablets cost only 20 cents a week, she said, which makes this treatment attractive. To make this preventive treatment supported by government and medical policy, she said, “We need to do properly controlled, randomized trials. That is what we’re aiming to do. There are a number of grants in the pipeline. … It’s such a cheap thing to do.”

Moderate sun exposure is easy, too, she added. “It’s all about small amounts of exposure. … Just don’t get burned.”

The latest good news about chocolate, which came out earlier this month in the journal Heart, is that it’s OK to break off more than you can chew.

In fact, an observational study of the long-term health of 21,000 men and women in Norfolk, England, found that eating up to 100 grams of chocolate every day was linked to a lower risk of health disease and stroke. Followed by an average of 12 years, with food and lifestyle questionnaires, it was found that about 20 percent ate no chocolate, but the average among the others was 7 grams daily — and it was mostly milk chocolate.

Some ate up to 100 grams — that’s about nine squares of Ghirardelli dark chocolate (60 percent cacao and 55 calories), which weigh 10.6 grams each.

“Dark chocolate is full of antioxidants, specifically flavonoids, which are beneficial for a person’s overall health,” she wrote in an email, adding that for the most benefits, chocolate that is 72 percent cacao or higher is best. Chocolate’s dense in calories, so it should be eaten in moderation.

“When incorporated into a balanced diet and combined with regular physical activity,” Ms. Passerrello wrote, “chocolate may help improve a person’s chances of decreasing the risk of heart disease.”

Low risk is measured in lower numbers in weight, blood pressure, inflammation and higher levels of regular activity. Although since the British and Dutch researchers used some data provided by the people themselves and it was not a controlled trial, there’s no proof eating chocolate gave them their 11 percent lower risk for heart disease. But they did conclude there appears to be no reason for people concerned about heart disease to avoid eating chocolate.

A new study from the University of California has found that there’s a benefit in all that fidgeting we see in children with attention-deficit/hyperactivity disorder.

Researchers from the UC Davis MIND Institute examined constant movement in a group of 26 pre-teens and teenagers with ADHD, and they found that more intense physical activity was associated with more accurate results as they performed tasks that demanded concentrated thinking. The study authors said it is the first to measure the relationship between activity and task performance on a trial-by-trial basis in ADHD.

Movement during these tasks helped them, according to the study’s senior author, Julie Schweitzer, psychiatry professor and director of the UC Davis ADHD program. In a statement released with the study, she said, “Parents and teachers shouldn’t try to keep them still. … Perhaps the movement increases their arousal level, which leads to better attention.”

Sugary Drinks Linked To 25,000 Deaths In The U.S Each Year

6 Best Vitamins and Supplements for Men and Women

The 5 Best Vitamins for Energy, According to a Natural Dietitian