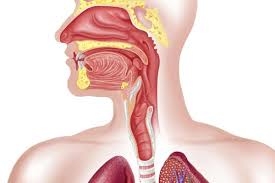 What are Esophageal Spasms?

Normally, contractions of the esophagus, the tube that connects the mouth and the stomach, move food from the mouth to the stomach with a regular, coordinated rhythm.

Esophageal spasm is a condition in which uncoordinated contractions of the esophagus occur.

These spasms can prevent food from reaching the stomach. When this happens, the food gets stuck in the esophagus.

It is thought to result from motility disorders of the esophagus.

It can cause dysphagia, regurgitation and chest pain.

Types of esophageal spasms include:

The underlying cause of esophageal spasms is not clear.

However, they appear to be related to abnormal functioning of nerves that control the muscles which is used to swallow.

It may result from a disruption of the nerve activity that coordinates the swallowing action of the esophagus. In some people, very hot or very cold foods may trigger an episode.

The following factors increase the likelihood of developing esophageal spasms:

Symptoms may include the following:

In order to diagnose esophageal spasms, the following procedures may be performed:

Treatment depends upon the frequency and severity of esophageal spasms.

In case of occasional spasms, avoidance of foods which trigger it is recommended.

If the spasms are severe and cause difficulty in swallowing, the following treatment options are available:

Well Balanced Diet Plan and its Some Important Facts

Well Balanced Diet Plan and its Some Important Facts