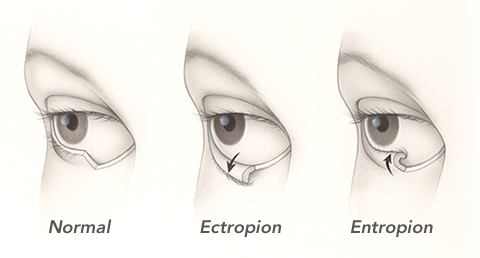 Entropion is a medical condition in which the eyelid (usually the lower lid) folds inward.

It is very uncomfortable, as the eyelashes constantly rub against the cornea and irritate it. Entropion is usually caused by genetic factors.

The upper or lower eyelid can be involved, and one or both eyes may be affected. When entropion occurs in both eyes, this is known as “bilateral entropion.”

Artificial tears and lubricating ointments can help relieve symptoms of entropion, but surgery may be needed.

Entropion may be caused by a number of reasons. These include:

Entropion can be easily diagnosed via:

Although treatments besides surgery are available, they only provide temporary relief. In the end, surgery is necessary.

Rheumatoid Arthritis Diet: The Best Foods to be add

Rheumatoid Arthritis Diet: The Best Foods to be add