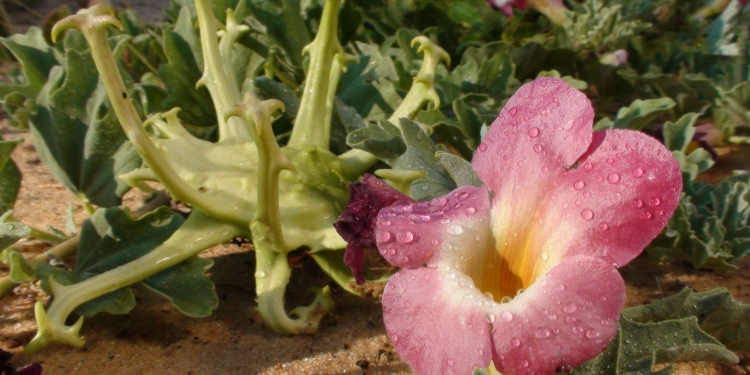 What is Devil’s Claw?

Devil’s claw, scientific name Harpagophytum procumbens, is a plant that is found in southern Africa. The fruit it produces is covered with tiny hooks that resemble claws of the devil; therefore it is given the name Devil’s claw. For generations, it has been used by Africans to treat pain, fever, malaria, kidney problems, and liver problems. It is also used topically to treat skin problems such as boils and sores. In the early 1900’s it was introduced to Europe where its dried roots were used to treat pain, inflammation, heartburn, and lack of appetite.

Modern research greatly supports the traditional medicinal use of this plant. Several controlled studies have shown that when it comes to relieving neck, shoulder, back, and arthritic pain; Devil’s claw is as effective as leading pharmaceutical drugs. It was also found that compared to pharmaceuticals it produces significantly lower side effects. It is thought to relieve pain associated with these conditions by acting as a powerful anti-inflammatory and an effective analgesic. Its analgesic properties can also be used to relieve other forms of pain such as bursitis, tendonitis, gout and soft tissue pain (muscle aches).