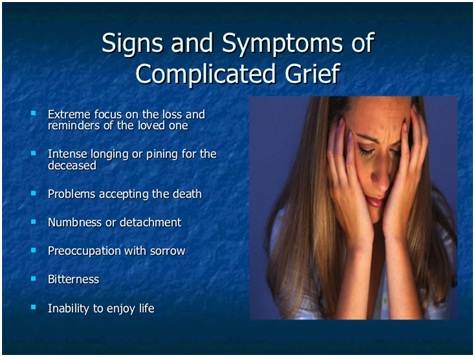 What Is Complicated Grief Disorder?

Complicated grief is considered when an individual is unable to resume normal activities and responsibilities beyond six months of bereavement.

Six months is considered to be the appropriate point of CGD consideration, since studies show that most people are able to integrate bereavement into their lives by this time

The cause of complicated grief disorder is yet unknown.

However, it is speculated that genetics and environment may play a role.

Those suffering from complicated grief disorder may exhibit the following symptoms:

One is diagnosed with complicated grief disorder if he/she fits the following criteria: