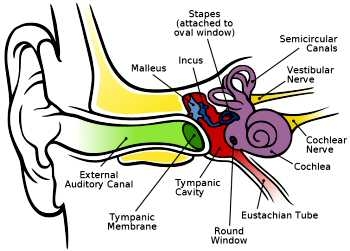 Benign paroxysmal positional vertigo (BPPV) is a disorder arising in the inner ear.

It is one of the most common causes of vertigo — the sudden sensation that one is spinning or that the inside of one’s head is spinning.

It causes brief episodes of mild to intense dizziness.

Although benign paroxysmal positional vertigo can be a bothersome problem, it’s rarely serious except when it increases the chance of falls.

Often, there’s no known cause for BPPV. This is called idiopathic BPPV.

When a cause can be determined, BPPV is often associated with a minor to severe blow to the head.

Less common causes of BPPV include disorders that damage the inner ear or, rarely, damage that occurs during ear surgery or during prolonged positioning on the back, such as in a dentist chair.

Migraines are also associated with the development of BPPV.

Moreover, It can be triggered by any action which stimulates the posterior semi-circular canal, including:

BPPV may be made worse by any number of modifiers which may vary between individuals:

Symptoms of BPPV include:

BPPV can be diagnosed via the following tests and exams:

The purpose of these tests is to detect abnormal eye movement.

BPPV can be treated in the following ways: