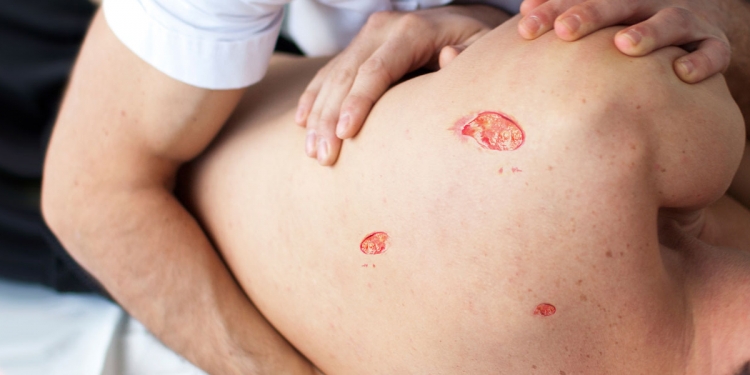 Bedsores, also known as bedsores, are localized injuries to the skin and/or underlying tissue that usually occur over a bony prominence as a result of pressure, or pressure in combination with shear and/or friction.
Although often prevented and treatable if detected early, bedsores can be very difficult to prevent in critically ill people, frail elders, wheelchair users and terminally ill individuals.
People most at risk of bedsores are those with a medical condition that limits their ability to change positions, requires them to use a wheelchair or confines them to a bed for a long time.
The rate of bedsores in hospital settings is high, but improvements are being made.

Complications Of Bedsores Include:

Bedsores are caused by pressure against the skin that limits blood flow to the skin and nearby tissues.
Factors related to limited mobility can make the skin vulnerable to damage and contribute to the development of bedsores.

Factors That Increase The Risk Of Bedsores Include:

Bedsores are grouped by their severity. Stage I is the earliest stage. Stage IV is the worst.

Bedsores are diagnosed via: