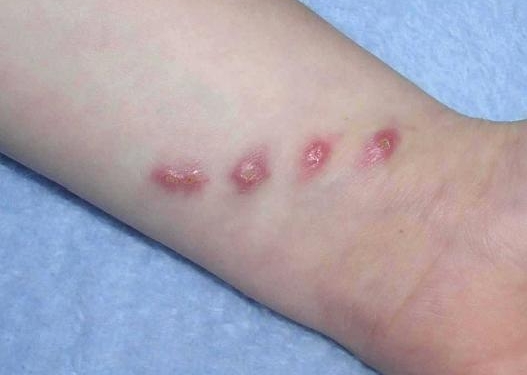 Bartonellosis is an infection triggered by a bacterium named bartonella. It is assumed that the bacteria transmit through the bites or scratches of an infected cat.

What Are The Alternate Names Of Bartonellosis?

Bartonellosis is also known by the following names:

What Are The Symptoms Of Bartonellosis?

Few common symptoms of bartonellosis are:

Some less common signs are:

When Is The High Time To Seek Medical Assistance?

In case you have developed the above mentioned symptoms (especially swollen lymph nodes) after being bitten or scratched by a cat, do not delay to call up for an appointment with your doctor.

The infection is triggered by a bacterium named Bartonella henselae, which transmit through the scratch or bite of an infected cat. It can also spread if one contacts with the saliva of an infected cat on the mucosal surfaces or broken skin.

What Are The Complications Of Bartonellosis?

How Is Bartonellosis Diagnosed?

During the visit, a doctor will carry out a thorough physical examination that will show an enlarged spleen. If one is bitten or scratched by a cat and has developed swollen lymph nodes, the doctor can suspect bartonellosis.

Since batonellosis is rare, thus is difficult to diagnose. In order to identify the infection triggered by such bacteria precisely, the doctor can perform an IFA test from the sample of blood collected from the patient. However the result should be considered with the details gathered from the medical history, biopsy or lab tests. The doctor can also conduct a lymph node biopsy in order to identify other reasons of swollen glands.

Normally, the disease is not life-threatening and medical treatment is rarely needed.
Normally, its treatment involves antibiotics including:

The disease can turn out to be serious in individuals with a weaker immune system or patients of AIDS. Typically, doctors prescribe antibiotics for treating such patients.

What Is The Prognosis Of Bartonellosis?

People and children with a stronger immune system tend to recover completely without needing any treatment of bartonellosis. However in individuals those with a weakened or suppressed immune system often need a course of antibiotics for complete recovery.

Simply, by avoiding stray cats, one can prevent bartonellosis. In case of having a pet cat, ensure that it is on-time vaccinated. After playing with your pet cat, always wash your hands. Avoid being scratched or bitten in order to minimize the chances of infection.