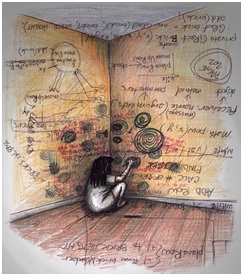 What Is Illness Anxiety Disorder?

Illness anxiety disorder, also known as hypochondria, refers to worry about having a serious illness.

Those suffering from illness anxiety disorder become unduly alarmed about any physical or psychological symptoms they detect, no matter how minor the symptom may be, and are convinced that they have, or are about to be diagnosed with, a serious illness.

Although the exact cause is unknown, the following factors contribute to the development of illness anxiety disorder:

Those having parents with a similar disorder are more likely to develop it themselves.

Symptoms of illness anxiety disorder may include:

One is diagnosed with illness anxiety disorder if they fulfill the following criteria: