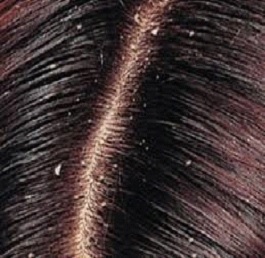 Dandruff is known as a common scalp condition characterized by the skin flaking on the scalp. Even though, dandruff is not spreadable and rarely seems as a serious condition, it can be uncomfortable as well as hard to manage sometimes.

But, the good thing is that you can control dandruff. If there is mild dandruff case, then only shampooing daily with a gentle cleanser is enough to treat it. However, medicated shampoos are used for stubborn cases.

What Are The Symptoms Of Dandruff ?

Mostly, the symptoms of dandruff are easy to find:

This condition may get worse during the winter because inside heating majorly contributes to dry skin, but become improved during summer time.

A dandruff type which is known as cradle cap highly affects children. In this complaint, there is a crusty, scaly scalp which is common in infants. Even though, it is an alarming condition for mother, cradle cap is not risky and become controlled when baby is over 3 years.

What Causes Of Dandruff ?

There are numerous causes, such as:

2. Psoriasis ( a condition of the skin marked by a dry, rough, dead skin cells resulting in dense scales.

How Dandruff Is Diagnosis ?

Dandruff is most common disease state which can be diagnosed easily because its symptoms are obvious such as dry, itchy and flaky scalp. The Seborrhea (a dermatitis condition) seems as reddish skin with greasy, mild, yellow scales as well as plaques with unclear margins. Also, Psoriasis is related to silvery, well-defined, scaly or flaky plaques.

It is very easy to control dandruff, but with persistence and patience. Overall, cleansing hair daily with a medicated shampoo to diminish oiliness and building up of skin cell might assist in controlling dandruff. The medicated shampoos include:

Use any of the above mentioned shampoo daily or alternatively until dandruff is controlled completely: then use it as required.