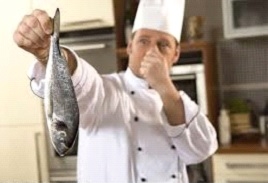 What Is Fish Odor Syndrome ?

It is an uncommon metabolic disorder which is caused by a deficiency in the normal enzyme production that is flavin.

This will result in increased amount of the trimethylamine chemical in the body. This chemical is released in the sweat of a person, breath and urine as well as causing a strong unpleasant fishy smell that’s why named as fish odor syndrome.

What Are The Symptoms Of Fish Odor Syndrome ?

The symptoms are clear and very obvious. There is a presence of a strong smell of fish or body odor released from the sweat, reproductive fluids, breath and urine of the affected person.
This symptom is present in all the sufferers, but the intensity varies person to person.

It is more common in women as compared to men. It is due to the hormonal changes because this symptom may usually become worse during menstruation as well as while taking the oral contraceptive pill and during menopause time.

Stress, Diet and the amount of normal sweating can also disturb the odor intensity.

What Are The Causes Of Fish Odor Syndrome ?

The presence of bacteria in our bowel aid us to digest protein rich foods like beans, eggs, flour as well as seafood. During their digestion process, they give a strong-smelling chemical known as trimethylamine.

In general, a protein enzyme named as flavin-having FMO3 (monooxygenase 3) is produced by the liver to interrupt the conversion of trimethylamine into a strong odorless molecule TMAO (trimethylamine N-oxide). A gene named as FMO3 present in the human provides directions to make this enzyme.

How Fish Odor Syndrome Is Diagnosis ?

Individuals having TMAU are considered by their General Physicians for certain tests.
The most standard and common test is to calculate the presence of trimethylamine ratio to the trimethylamine oxide in person’s urine.

Also, a blood test is essential to investigate the genes because it is now identified that the code of main enzyme responsible for N-oxygenation of TMA is the FMO3 gene.

At the present time, there is no particular treatment or cure for this disorder so the key point is to encourage people to accomplish their symptoms, with the assistance of counseling.

Dietary restrictions can considerably improve the chances of symptoms, comprising of the avoidance of foods like legumes, egg yolks, red meats, beans, fish and such food items rich in carnitine, choline, nitrogen, lecithin and sulphur.

According to certain evidences, taking low antibiotics doses for instance metronidazole or neomycin may assist persons by reducing the presence of bacteria in their gut.

The studies also suggested taking the daily required amount of copper chlorophyllin and activated charcoal may increase the individuals’ life quality troubled with TMAU by assisting their bodies to oxidize plus conversion of TMA to the TMAO (N-oxide odorless metabolite).