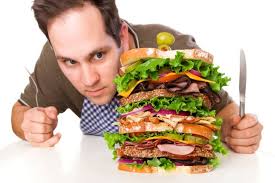 What is Binge Eating Disorder?

It is marked by eating even when one is sated. Affected individual may eat at an extremely fast pace while barely registering what they are eating. Unlike bulimia, there are no attempts to counter the binges via purging or fasting.

It is generally accompanied by feeling of disgust, weakness and self-loathing. Although very common in adults, binge eating disorder does not receive the same media coverage as anorexia nervosa and bulimia.

A serious disorder, binge eating disorder is treatable. With proper exercise and sleep, it can be managed.

A number of factors combined may lead to the development of binge eating disorder. These factors include:

Binge eating disorder may be diagnosed via:

In order to be diagnosed, the following criteria must be met: