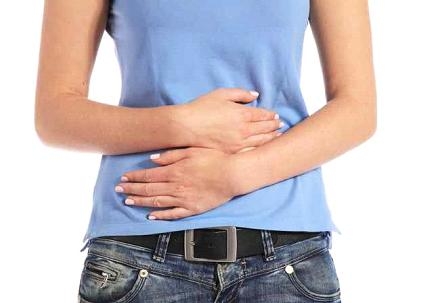 What Is Whipple’s Disease?

The medical condition is a bacterial infection which targets the gastrointestinal system of the patient. It interferes with digestion by means of obstructing the ability of the body to normally absorb nutrients and disturbing the food’s breakdown, for example carbohydrates and fats. Whipple’s disease can even harm other organs such as eyes, joints, heart and brain by infecting them. If left untreated, the condition can turn fatal. Though, an antibiotics course prescribed by your doctor can effective treat Whipple’s disease.

What Are The Symptoms Of Whipple’s Disease?

One may also notice the following symptoms:

Some neurological symptoms include:

When Is The High Time To Consult A Doctor?

Clearly, Whipple’s disease can turn fatal if it’s diagnosed at an advance stage. Joint pain and unintentional weight loss is a clear sign to call up for an appointment with your doctor.

Infection associated with Whipple’s disease tends to occur due to a bacterium named Tropheryma whipplei. The bacterium is found in our environment, though scientists have failed to understand how the bacterium manages to transfer into humans and where exactly it comes from. Fortunately, Whipple’s disease is rarely reported.

What Are The Risk Factors Of Whipple’s Disease?

Since not much is known regarding the bacterium responsible for rooting Whipple’s disease, its risk factors have not been evidently identified. However based on its occurrence, it is observed to be more common in men as compared to women, and individuals between the ages of forty and sixty.

What Are The Potential Complications Of Whipple’s Disease?

Villi, fine projections of the small intestine’s lining helps our body easily absorb the nutrients. The medical term, Whipple’s disease harms the villi, resulting in impaired absorption of nutrients which consequents in nutritional deficiencies. Few other complications associated with Whipple’s disease include:

In addition to this, the condition can advance into a potentially serious disease. If its treatment is delayed, infection can spread to your central nervous system causing permanent damage, and even death!

How Is Whipple’s Disease Diagnosed?

In order to diagnose Whipple’s disease, the doctor can suggest the following tests:

How Is Whipple’s Disease Treated?

The medical condition Whipple’s disease is typically treated with a prescribed antibiotic course. It is important to complete the due course of antibiotics as prescribed by doctor. You will need to regularly visit your doctor in order to update about your symptoms.