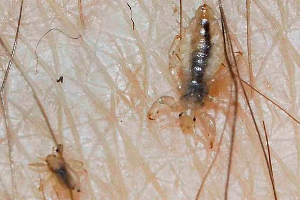 What Are Pubic Lice?

Pubic lice, commonly referred to as “crabs”, are tiny parasitic insects which attach on to the skin and hair of the pubic region.

They differ from other forms of lice, including head and body lice. Their bodies are known to resemble that of a crab, thereby earning its name.

Humans are the only known host of pubic lice, and it feeds on human blood. This causes intense itching and inflammation in the affected area. Although pubic lice cannot jump, it can also live in other areas of the body that are covered with coarse hair, such as the eyelashes.

Pubic lice can be acquired via sexual intercourse, which is the most common mode of transmission. It is also possible to acquire it by sharing clothes with someone who is infested.

The most common form of transmission of pubic lice is via sexual intercourse or close bodily contact with an infected person. Using condoms does not protect against pubic lice.

Other types of close bodily contact, such as hugging and kissing, can also spread the lice. Moreover, contaminated clothes or towels also serve as a medium of transmission.

Pubic lice can only crawl, but can’t fly or jump. They need human blood to survive, so will only leave the body to move from one person to another, a characteristic common to other forms of lice.

Those having sexually transmitted disease may have pubic lice too.

Some common complications associated with pubic lice may include:

Symptoms exhibited may include:

Generally, pubic lice can be diagnosed by self diagnosis. The infected person or the doctor may confirm the diagnoses via a visual examination of the pubic area.

While presence of moving lice may confirm infestation, lice eggs also may indicate an infestation.

Pubic lice are usually treated via over-the-counter lotions or shampoos.

In case, it doesn’t help, the following treatments are available: