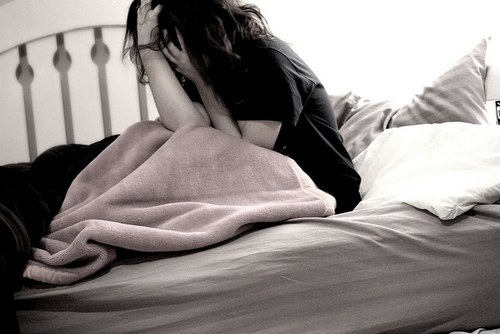 What Is Nightmare Disorder?

Such nightmares usually occur during the REM stage of sleep.

A diagnosis of nightmare disorder is only made if the nightmares cause distress, fear of sleeping or problems with daytime functioning.

Nightmare disorder can be caused by a number of reasons.

Ordinary stresses, such as problem at home, can trigger nightmares

Accidents, injuries and other traumatic event may cause post-traumatic disorder. PTSD may cause nightmares.

Irregular sleeping and waking times can increase risk of having nightmares

Drugs, used to treat Parkinson’s disease, may trigger nightmares as side effects.

Alcohol and illegal drug use or withdrawal can trigger nightmares.

Some medical conditions and mental health disorders as well as other sleep disorders can be associated with having nightmares.

Nightmares experienced by those suffering from nightmare disorder may include the following features:

Nightmare cannot be diagnosed through tests.

The doctor may refer the individual to a psychologist for assessment and management.

Moreover, a sleep study can be done to diagnose sleep disorders.

If nightmare causes one distress, treatment can be seeked.

Knowing the underlying cause of nightmares helps in providing treatment to cure it.