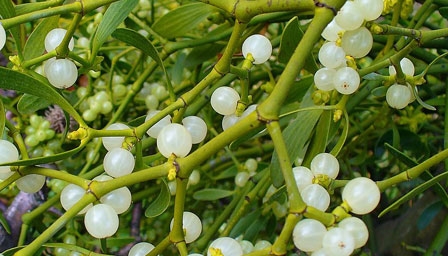 Mostly used as an ornament for festive occasions, Mistletoe is a very popular yet misunderstood plant. Many people think that it is a toxic plant that can only be used for decoration. This, however, is only partly true. There are over 900 species of mistletoe and while it is true that some of them are toxic, there are some that are not only non-toxic but also great for health.
Mistletoe and its extracts have been used in Europe as a health tonic since the time of Ancient Greeks. In modern days, it is mostly given as an injection, which is quite a different from the ways other herbs are administered. Though tinctures and teas also exist, the injectable form is most efficacious.